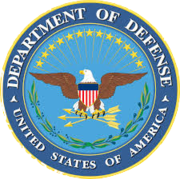 I had to get my first Security Clearance, and was quite amused at the process. Mostly it was as exciting as filling out an IRS audit: a lot of DoD (Department of Defense) forms, and knowing they were going to do an investigation on the veracity of those answers.

I figured I was going to have problems; my real-father was from Iran, I had multiple names, and had been an experimental kid (when it came to sex, drugs and rock and roll -- some dumb experience in life wasn't going to slip by me untried).

It's not as bad as it sounds, honest

While Iran and America aren't real friendly now, this was only a couple years after the hostage crisis. Now I'd only seen my real Dad a few times in as many decades - so it wasn't like we were close. And he wasn't real tied to the government (he was an Aircraft Engineer in Iranian Airlines). So it wasn't like I was the son-of-a-high-official or anything. But still, I'd visited as a child, and I figured it was going to get ugly.

They also asked for all other names and aliases. My mom had been married a few times, and I'd changed my first name as well (I didn't appreciate being named after a Greek God). But anyways, they had 3 slots on a form for prior names, and I'd had 5 variants. They didn't have enough room on the DoD form, so I had to make my own lines. "Huh oh, this can't be good", went through my mind.

Then they asked about illegal drug experimentation and the like, and I was an experimental kid. Most of it was just Pot - but there were still a lot of little checkboxes or questions to answer. "Did you ever try...", yes, yes, yes, yes. "Didn't like it", "only once", or "not intentionally" weren't valid choices. I didn't think all these "yes's" were going to look good; but I'd been told, be honest. Red flags were being thrown and klaxons were gong to go off.

The general investigation process (EBI: Extended Background Investigation) seems to be to go to old teachers, friends and acquaintances and ask what they think of you and what they can learn about you. And then they compare that folder to what you said that you were like. There's also some questions and interrogation; the old shifty eyes or deer in the headlights test. And a few guy in suits with the ability to make you disappear or with the power over your livelihood wouldn't make you nervous or anything.

I'm sure your friends enjoy the process. Suddenly people with badges, which look like military, come to their door and start asking questions about you. I can just see my teachers saying, "I knew he was a bad seed when..." and so on. Friends, of course, are likely to call immediately after they leave and warn you. "Hey man, some Feds came to the door and are looking for you, again. They finally found out about the teenage fireworks, nay bombs, or the hacking, cracking or phreaking stuff huh?" I'm thinking, "Damn, they didn't have place for that on the form". What are they going to think when they find out about THAT? And I'm sure they couldn't tap a phone or get phone records, and a warning call wouldn't look at all suspicious. Gee, thanks buddy.

Overall, I hadn't had as shady a past as it sounds like, and I survived the rubber glove and flashlight just fine; I got passed. Basically, it turns out honesty was the best policy. They got to investigate everything and I wasn't hiding anything that was blackmail-able, so they laughed off my past. My Step Dad and Mom had security clearances, and my real Dad had worked on the Apollo program (which I only found out about later) so wasn't exactly considered a hostile threat. And it really wasn't a huge deal.

That some others could ever get a clearance just baffled the mind. Once you're behind secured doors, there's a lack of people that can get to you and audit you, and some take advantage of that. There are stories about the folks manning the tape vault: of the shredder being as a margarita ice crusher, or the cliche that when you'd walk by you'd hear the distinct sound of razor or credit card chopping on a hard surface, and then sniffing noises. You'd knock to get your tape out, and someone that was all pupils would very quickly and energetically get you what you needed and talk at about 200 words per minute. When I saw "Falcon and the Snowman" at the time, I kept thinking; hey, I worked with him (Sean Penn, not Tim Hutton).

People also think that that anyone with a clearance has these big secrets and stuff. Sometimes it is that you have some microscopic detail like a frequency, exact specification, or specific grain of information; which the enemy probably has anyways - you just don't want to make it too easy (inexpensive) for them to reverse engineer or figure out. And then most of it is just about keeping information fragmented and to avoid putting it together; need to know and all that. Lots of little pictures aren't of much value; you need to put it altogether. If you keep the pieces and people apart, then they don't really understand the secrets. Plus while the spies are trying to get enough parts (and go to enough people to get those parts), they are increasing their chances of getting caught. So if they make it hard for you to do your job, then it is harder for the enemy spies to do theirs.

It was also amusing that you'd be working on an open project that would suddenly show results, or the military would buy, and it would go black (secure). So one day, you're in open labs with documents out, and open doors and chatting with others about it. The next day the military likes it, so you scramble around, chopping up bits of the information, deciding what is critical knowledge and what isn't (and classifying accordingly), and throwing it all into different bins, and putting things in different rooms and so on. Telling those people that have to much knowledge to never speak of such things under penalty of a really bad government wedgie.

Then you hear stories about how Lockheed, Hughes (or someone) accidentally put thousands of documents in the dumpster without shredding them first; and you just shake your head. You ask people what project they were on before, and they say, "I can neither confirm nor deny the existence of [X] project", or they say, "Read the February AviationLEAK - um AviationWEEK". Then you hear some moron talking about what he does, in specific, at some bar or pub, and you have to report the cretin and know you are helping him screw up his life. It was a weird industry; and you do learn what you can and can't talk about. Mainly you just shut up, change topics, or leave conversations at times that are confusing to outsiders.

It isn't that things are that lax; you just have a lot of people on these projects, and there's always a few idiots or mistakes made. But a security clearance just means you're a minor bureaucrat trying to give the enemy the run-around; but you follow the rules meticulously because "it's the right thing to do" and because of the costs if you do not. People do take it seriously, they just aren't always bright about it. In the commercial world, their versions or corporate security are a joke, because no one can afford the costs to have real security; as in lost productivity, compartmentalization, extra staff or redundant work efforts, auditing, misinformation and counter-spying and so on.

I'm pretty sure the image of a security clearances is far more glamorous than the truth.