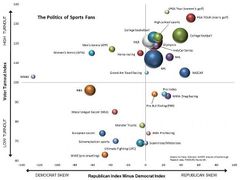 When Kaepernick started his #KneelToo movement (or Trump responded), the NFL could have chosen: (a) the wise path: ignore and say nothing (b) the patriotic path: agree with the President that if they can warn/fine employees for wearing purple shoes, or dancing in the end-zone, then they can certainly tell them to take their protests somewhere else (or else) (c) the diplomatic path: walked the line and say that while they don't endorse BLM and the protests, they won't fire or restrict their employees from making displays. Instead they chose, none of those and went with (d) To perpetuate ignorance of BLM's hypocrisy, to make big displays against the nation and President, then to punish/intimidate/threaten players like Pittsburgh Steelers Villanueva to go along, and they forced him to apologize publicly for it. So much for the NFL's false claim that this was about defense of its players' rights to free speech.

The NFL will not allow its players self-expression that commemorates slain police officers or 9/11, nor to allow its players to raise awareness for breast cancer or domestic abuse, nor to hop, thrust, march in place, or mimic the taking of a photograph. From what we can tell, the only act of self-expression the NFL allows is the protesting the American flag and anthem.

This isn't about free speech, it's about politics and forced conformity with made up divisive agendas. Either you comply with the herd monopoly, or you will be intimidated or bullied out.

The owners had to decide whether they’re going to please their fans (who lean Republican) and risk a player walk out (because such a high percentage of NFL players are black and actually believe the nonsense coming out of BLM) -- of if they would side with their unpatriotic and racist players (over the fans and nation). They would be financially harmed by either decision, but this one meant they had the media on their side, even if truth and integrity was on the other one.