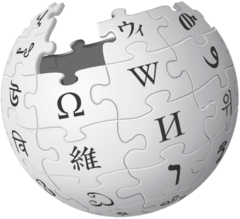 Wikipedia is both hit and miss, with a lot more hits than misses. I reference it a lot, because most articles are pretty good, or at least good enough. Most of their lies and bias are lies and bias of omission. (What they say isn't usually wrong, but what they don't say might completely change the context). So they are a pretty good reference. But don't let that lull you into an "Appeal to Authority" or "Appeal to Celebrity" fallacy. Science is skepticism. Wikipedia is hegemony. Wikipedia has millions of articles, across hundreds of thousands of topics -- and each topic is a community (clique) of editors, and herd-think rules most of them. Some areas a fine. But if one clique is bad, that whole area can be bad; they won't allow counter-factual that disagree with their agenda. And there are bad (biased) areas of wikipedia. Especially in History, Science, Politics, and anything that's controversial. And everything can be political and controversial to folks that focus on any topic.

For example History is overloaded with liberal Historians. I don't think anyone has figured out why, but many of the most vocal tend to lean that way. So if you just have a random sampling of Historians, they're going to pool to the left, and spin things "their way". If you take a sub-sampling of them, the ones most likely to clique up and drive out the others, give their work away for free, or do so only for the benefit of programming the minds of the next generation, that may be even worse.

And this isn't just hypothetical. I watched a whole exchange in the Talk Section on whether Fascism was a right wing philosophy. (It pretty much cured me of the delusion that Wikipedia is to be completely trusted and is the paragon of non-biased).

There was a lot more evidence in how they handled issues like McCarthy (Joe not Jennie), Abraham Lincoln, Civil War was about Slavery, FDR, "the Southern Strategy" and a few other topics I know quite a bit about. I've tried to contribute, and witnessed others doing the same, and a few editors in an area are more than happy to bully and spin the others edits, or block them from valuable contributions, with no attempts to balance the side of the truth they find "distasteful".

Even the standards are based on an appeal to popularity. You have to find citations of every issue that the "editors" don't like (even if it's commonly known). But liberal editors in Newspapers tend to not cite things that are common or they don't find popular. And you get into another game where book citations can get far more scrutiny, especially if the popular Historians/writers found their views controversial. Thus even citations are a filter, both in requiring more and better for controversial issues, while being able to snub them more for the hegemony of the clique.

The sciences aren't any more pure either. You get near anything to do with Global Warming, Climate Change and that area, and it's contentious as fuck, with a bunch of little fascists running the area, and there's a definite double-standard on quality. Throw out a baseless claim supporting it, and readily accepted. Someone offers examples of where that nugget of information was criticized or disproven, and you need a mountain of evidence and rather that offer that, they'll probably just remove the offending original factoid (claiming that the evidence against it, while finally enough, is just a distraction from the bigger argument, so remove them both). Then replace the original with an equally sketchy citation or factoid, that doesn't have as many citations against it... yet. There's not a lot of balance in those areas, because of the community (clique) that controls them. Think like us, or we'll henpeck you to death. Any contrarian thinkers will eventually give up and go elsewhere.

So the point is NOT that Wikipedia is bad. I think it's a rather great resource, if you go in with an eye towards skepticism, you recognize it's incompleteness on just about every topic (except really popular ones), and you accept that much of it is written by herd think and consensus views.

You're not going to get a lot of original thought and worse, the less popular views and less savory side of History is often a bit white-washed by the community. And the same with Science. Science is about Skepticism, Wikipedia is about Hedgemony and Popularity (of the area). So if it's a really popular view, they'll cover it well, if it's a dynamic area of Science, with challenges and new info coming in, except that most of that will be suppressed for what the clique wants.