The first time, I'd ever pulled a gun, was to encourage a rather large sexual predator to leave a minor alone, and also leave the area. The minor happened to be me. 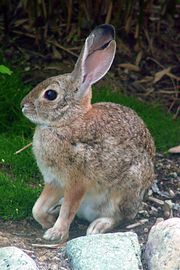 I was hunting rabbit as a young teen (say 14 or 15 years old) with a pistol, in the hills of Hollywood. People don't realize what islands of wilderness exist surrounded by city. But I used to like rabbit, and near Griffith Park Observatory, there was quite a few miles of hills. I used to stay summers with my Uncle, and would do various jobs during the week, and occasionally slip up in the hills and hunt during spare time. I'd silenced the pistol, so as to not disturb anyone (and get the attention of the cops), and I had sewn a holster into the lining of this dodgers windbreaker I used to wear. It was really a strange contrast to have Sunset Strip and my hunting wilderness within walking distance. (Quite different predators and prey).

Some guy happened to be following me around the hills and trails (I was quite a ways out), and I was suspicious. So I ducked behind some trees, and let him walk by on the trail. Then I spotted him a while later, and rinse and repeat.

Finally I was stalking a rabbit I'd seen/hear, quite a ways down the trail, when he came up on me.

Now I wasn't quite sure if he was implying sex with a minor, or some other form of excitement (drugs), but the rabbit heard the voices, and chose to pop its head up at the sound.

I saw an opportunity, and quickly drew the concealed pistol and killed the rabbit from about 50'. Unfortunately, it wasn't a clean shot, where they fall over dead. It was one where the bunny did a horrid death scream (bunnies can scream, and it's pretty awful sounding), and it ran around flailing a bit before it died. I hate that unnecessary suffering... but it was added effect.

I reloaded quickly, slipped the gun back into my jacket, and turned to let the guy know (again), that I was not interested in his whatever he was selling. He had turned white and was backing up. And after a few yards, he decided to literally run away. It wasn't like I was going to shoot him or anything (unless he tried abduction or force) -- but I had switched from prey to predator in one impotence-inducing instant, and he wanted nothing to do with that (or me).

I don't know what had freaked him out more, that I'd murdered a bunny in cold blood in front of him (with hunters non-chalance about it), that I had a silenced gun and used it like a pro, or that he'd so misjudged the situation. But I could tell he wanted none of any of it.

There was no way to know how far the guy would have taken the advances. I got the impression at the time that he wasn't going to use force, but he was being persistent -- and you never know. I know his attitude changed.

Most would probably consider a pederast a drug peddler approaching young boys in the woods something to be concerned about. But parks in Hollywood hills, at dusk, can be like that. I do feel sort of bad about scaring him like that. And in hindsight, letting him know that I had a weapon at all, may not have been the brightest move. I should have just left. But I was still a kid -- and that rabbit tasted good.