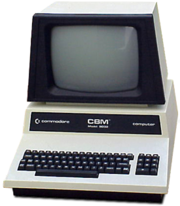 Compusound Computers - 1346 East Chapman Avenue • Orange, California 92669 - As a teen, I hung out in a computer store, and I sold Computers by asking people, "What would you like to use it for?" By listening to their answers, I could solve their problem, and sell them a computer... AND my programming services. By 15, I was making good money selling computers. By 16 (once I got my drivers license) I was making better money contracting to folks who needed my services (programming), including Brunswick Defense and Glendale Unified School District.

When I was about 14, my parents would occasionally take me by their work on a weekend, or to do something. My mother worked for IEC (Interstate Electronics doing some government programming for the Trident Submarine), and my Dad was a corporate salesperson for BCS (Boeing Computer Services) selling Cray-Time to companies like IEC; where he'd met my Mom. (He was my step-Dad). I'd sit on one of the line terminals and play games, or run programs and explore; I would self-entertain.

When I was 15, my Mom had brought home one of the first Apple II's for something she was entering for work. She handed me the computer and the manuals, and that was it -- I set it up, entered a program out the book, and started programming and playing. She didn't get to touch the computer that weekend, and I was quite hooked.

I was also quite traumatized when she took it back. I wanted to raid my college fund and buy one, but my parents didn't always get it. I took programming classes at High School; which I was just starting. I immediately took off in the class. There had been a teacher that gave us the room to write whatever we wanted, and I wrote a few games and utilities and applications for others in the class. And with my Dad working for Boeing, I was the only kid on my block that got Cray time.

Later that year, I'd decided to get more involved. I'd read a bunch on different computers and was programming, but I got a part-time job at a Computer store (called Compusound). I just used to hang out at the store, and answer questions of people, and show them easy computers were. Actually, a pimply faced kid telling them they were easy, and demonstrating what I'd already learned, seemed to move computers; so I got a job selling them. (They were mostly Commodore Shop, and since that's what our school had the most of, it worked well for me).

I was a nut-job. I took work experience classes or study hall, so I could either be in the Computer Room or the Store. And I'd soon saved up enough that I bought my own (8032 with double disk drive); so I could program more at home. I was getting out of classes by doing creative things.

Back then, computers weren't just plug and play. In fact, you couldn't buy much off-the-shelf software at all. So it was buy the Computer, and then pay someone to write something to make it do what you wanted, or do it yourself. Well, I was the store Guru and was soon doing side jobs writing programs for anyone that came in. Once the owner (Don Dietz) caught on, he just became my consulting agency; and was managing the contracts. I was ecstatic. I was making like $3.00/hour at the store; but programming, I was making $10.00/hour. And I started getting some pretty big contracts.

Around this time I was finally old enough to drive; which was great. I was tired of riding my bike to work and back, and the time it took cut into my coding time. So now I could really code more, and I could get "on-site" contracts and do deliveries and stuff. My car was a beat-up 1974 Urine-Yellow Subaru Wagon, with lime-green shag carpet in the back and mag wheels. I could carry computers, and sleep if I needed. 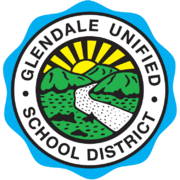 One of my first big contracts was to the Glendale School District. I wrote a Student (Classroom) Management system for them over a few weeks. I don't think they figured out the kid writing their high school system was still in High School (though in a different district).

There so many other small contracts, that it was all a blur. I remember doing stuff for Disney, JPL (Jet Propulsion Labs in Pasadena bought some computers from us, and I wrote some management program) and a bunch of other small businesses. I ran a weekend computer Camp for Compusound on weekends and summers; that had started off as kids program, but after a while became evenings and made of mostly adults. Then it started going on-site to various businesses. It was weird being a 17-year-old, and driving to businesses to teach them computers.

I got a lot of job-offers -- some I could work odd hours, others I couldn't take because I didn't want to drop out of high school. My first Aerospace came from Compusound job, where Aerospace engineers came in, and I solved a problem, so they hired me to work at Brunswick Defense -- but we had to wait until I was 16, so I could drive to their campus. (That story is here: Brunswick Defense).

In my spare time, I was writing games and cracking software protection software, and doing other quasi-legal or illegal things. I was modifying my own computers: I rewrote parts of the Operating System, and was burning my own ROM's so that I could rip off (Crack) games even quicker. I even wrote my own virus/worm (Self-Replicating Program), as part of a copy-protection scheme I'd developed. The owner was completely laid back and didn't care that I'd work there, then leave for contracts, then come back. (Some of them, he got a cut of, some I negotiated on my own).

When I moved to College in Illinois, I immediately went to the local Computer Store and started selling their computers for them (without even being hired). After I'd made a sale in front of the manager, and helped with a support problem someone was having, I told them they needed to give me a job; and they hired me on the spot. Where I continued in my previous role as sales-guru-geek extraordinaire. Same role, different geography; but these guys sent me to training. I got to go to Commodore Salesman school and Apple Tech-Support training, and so on. I could have retired in that job.

I came back home after freezing my ass off in Kankakee, Ill. And I was bored, and had culture shock in Illinois. Let's just say, we didn't see eye to eye. But I came back and Don Dietz and Compusound was going out of business. It was the start of the shift towards IBM-PC's, and away from Commodores. But I was able to go on and get some software contracts of my own.

I'd learned quite a bit from Don Dietz. One of the most basic, and most profound was him saying, "Knowledge is Power", or "Knowledge is Money". You could turn one into the other. I don't know why I took it to heart, but I became a knowledge whore on computers; voraciously going after anything I could knowing that eventually, I could convert that domain knowledge into money or a job. It didn't have to make me money right then, I knew it would someday. I would always be employable if I knew enough and others liked working with me.

I had such a good time working in computer stores with customers that for quite a few years after that, I used to go back and work at area Computer Stores on weekends, or just be an outside consultant. Even as late as the late '90s, I used to do demo-days for Apple, and sell and teach people computers on weekends, making 1/10th my regular rate, just because I enjoyed working with people and because of the fond memories it brought back. There's just something great about helping people make a purchase that I hoped would give them a fraction of the enjoyment that it gave me.