This FakeNews fiasco was the fallacy that Trump's new immigration policy was breaking up families and putting kids in cages. The omitted reality was criminals (border jumpers) have always had the kids separated from the adults, as you aren't sure who are parents, and detaining both in the same place risks harm to children. The media even used faked propaganda images from Obama era to sell it. 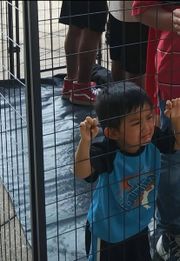 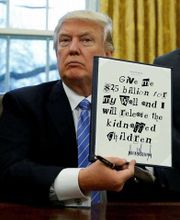 The illiberal "FactCheckers" all lined up to muddy the waters, and declare the truth as "mostly false". Hey, when the facts aren't on your side, divert their attention to something else, and argue that.

The Times story accidentally summed it up (but still left lies of omission), by saying, "Under Flores, the government has three options: releasing families together, passing a law that would allow for family detention, or breaking up the families. The Trump administration has so far chosen the third option." The omission part is:

So the administration is doing the only thing that complies with the law that isn't releasing suspects into America to disappear (catch and release). The far left fact checkers are being a bit disengenuous. And people that regurgitate them are either clueless or dishonest polemics.

If any of this is news to you, and you didn't know it already, then the FakeNews (leftist propaganda machine posing as the mainstream Press in America) did it's job in deceiving you. Front page falsehoods, back back retractions or corrections, and they drown you in a Gish-gallop of disinformation, so even while much of it is getting corrected, you have to think some of it is true for there to be that much of it.