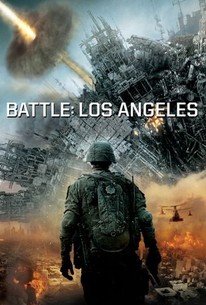 Went and saw Battle LA. You'd normally think it's like Independence Day, but it's actually a bit deeper than that: much more a character movie with a plot. A total action war movie, but better acting and deeper plot than one would expect. In the context of "for another Alien invade earth" total shoot 'em up movie.

From the human side I kept thinking, "nukes! nukes! What's more important a few million people or the planet?" But I'm pretty sure mushroom clouds wouldn't have been as good of a suspense building device. And from the alien side, they weren't very smart. If I wanted to colonize earth, it would look like this: drop a few rocks into the oceans -- the tsunami's would clear out the coasts to 20-60 miles inland (many major cities), and the saltwater rain covering the planet would do a pretty good job of cutting off the food supply. After a few years it would start to clear. Rinse and repeat. So the idea that Aliens will spend long periods of time to come here and go war with an inferior technology civilization, and be that dumb about it, is sort of boring.

Since it is L.A., I'm always kinda rooting for the Aliens a little, "They took out hollywood? Oh noes, the average IQ of the planet just went up by some measurable amount." And unless the resource they're going after is silicone breast implants and superficiality, I'm not sure I'd start in L.A. But for a hollywood war movie (in the last 30 years), they actually didn't abuse the usual cliche's. The president wasn't a warmonger, the hero wasn't a military hating liberal, the leadership wasn't all stupid, all the soldiers weren't emotionally destroyed druggies and they didn't have to rewrite history or explain why we shouldn't have been there in the first place. This already puts it near the top 1% of hollywood war movies. And since it didn't have any of the usual anti-conservative dogma, I'm pretty sure it won't stand a chance of any awards, (this also explains both the low reviewer ratings, and significantly higher viewer ones). So if you can suspend disbelief, it's not terribad.