Bette Middler puts on a show. More Melissa's tastes than mine, but still worth the experience -- almost a retro vaudeville thing with some talking to the audience, some joke telling, a bit of singing and dancing thing. It was a retro experience, but she does it well as sort of the glamorous but crass diva. 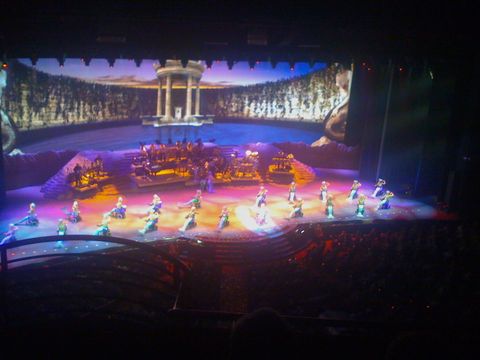 While she barbs politics in the show, it's tolerable. Since then, she's opened her mouth and been too obnoxious and hypocritical. I don't think I could go and see her show today... and least not without thinking what a spiteful and hateful person she is underneath. Snowflake performers can spoil the image of someone you like, by just getting a bit too preachy. And she crossed that line like Rosie O'Donnell. Too bad, I once kind of liked you, before I learned what kind of person you are.