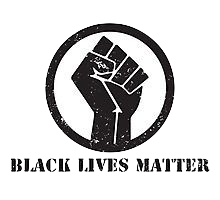 A member of the bloods gang with a lengthy and violent rap sheet, and deadbeat dad, is arrested for illegally selling bootleg DVD's, when he resists/struggles and goes for his gun. He's warned to stop moving, but he struggles anyways and is shot multiple times in what can only be described as a service to the community. The race hucksters try to spin it as a story of an innocent getting shot by the cops for no reason, and the gullible gobble it down. Micah Xavier Johnson - Black Lives Matter member and part of other black power organizations (including Black Panthers), goes out and shoots 16 people (killing 5 cops), to get cops/whites back for the fake injustices of Philando Castile and Alton Sterling. The press got the gun wrong (not assault rifle), and downplayed his associations with BLM, pretending their agitation had nothing to do with it. Alfred Olango Shooting - Alfred Olango was a Ugandan refugee living in El Cajon are of San Diego. Alfred was a repeat drug dealer, drunk driver, who illegally owned a firearm, and otherwise repeat felon with mental issues. Police were called to the scene of a disturbance where Alfred was walking erratically into traffic, and causing a ruckus. When police approached him, he quickly pulled a large vape pen (3" long silver, with a 4" case) from his pocket, got in a shooting stance while pointing it at a cop, who returned fire. Alfred's sister claimed cops killed his brother for no reason, and the media played along, fostering outrage and violent protests. This later led to an assault on a Trump Supporter for filming a protest while wearing a MAGA hat. Breonna Taylor - On March 13th, in Louisville, Kentucky Breonna Taylor (26) was shot in the crossfire, when her boyfriend shot at cops issuing a search warrant for her criminal activity. Breonna's ex-boyfriend (Jamarcus Glover) was wanted for dealing drugs and Breonna was a suspect in the case (Breonna had been handling the money, had bailed Jamarcus out of Jail, multiple times, was named in that warrant, and had been witnessed running packages to the place of dealing). Had she survived, she might have been indicted, and the cops had justification to investigate her. All evidence is that she would have been killed in the same situation had she been white, asian or latino -- so BLM, DNC, Hollywood and the media sensationalized the "racial injustice", and pretended this drug dealer was a pillar of the black community. They own the violence based on duping the gullible or inciting the evil. Eric Garner -

Here's some examples of BLM views that are extreme, violent, or foster hate: 16 items