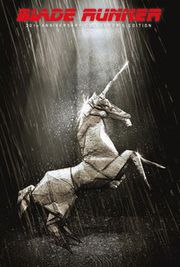 Re-watched original Blade Runner in preparation of the new one coming out (first time in a couple decades at least).

I remember loving it when it came out, even if it was a bit noir. (And it's still and 89/91 on Rotten Tomatoes). Watching it, again, 30 years later, I'm reminded first how young everyone looks, but also of all the things it got wrong:

I think they were just sloppy -- borrowing the basics from the story, "Do Androids Dream of Electric Sheep", and not updating it in the 14 years that passed between it's authorship and final release. It doesn't seem like it would have hurt to place it in 2050 or 2100. So it was a human story, wrapped in some bad futurist backdrop, instead of a TRUE sci fi -- which tries to think about how technology will change the culture (and is sort of the point). Sci Fi is about continuity with the timeline and universe you create. This sort of failed.

But I really liked the human story, as told through the eye's of an android with a limited lifespan, and facing it's end. So while I wasn't thrilled with the dark and dreary filming style (and like when does it ever rain in L.A.?), slow pacing, and minimalist dialog (or inconsistencies with science and tech) -- it had a mood. 'And it was still a really good story. Told well. It touched on some important things: the temporary nature of our lives, remembering our humanity/compassion/empathy, love, and undertones reminding you to live every day like time is precious.

So I'm not as in love with the film as I was when I first saw it. But to me, it was a better movie than most others that get more credit for ground-breaking Sci Fi: 2001 a Space Odyssey, Logan's Run, E.T., Close Encounters, Star Wars, etc. I should make the short list of classic Sci Fi, and one of the best of the 70s or 80s. So as a SciFi movie, and on the technicals: meh. As a movie that tells an important story, and had a fantastic style for its time, it's absolutely on the must-see list. 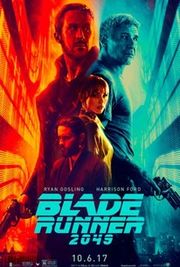 Perhaps I had too high of expectations, or the complete smell of re-hash made me lose my appetite. Perhaps, I'm not a brooding angst ridden (goth/doom-rock listening) 18 year old that I was when I saw and loved the original.

But while I thought first was too long, dark and drawn out -- the story was redeemingly good, and fresh. (I loved it questioning what makes us human, and pondering our existence and arrogance). This magnified the long and drawn out, and the worst elements of the style, it wasn't fresh, and it was long. Still, there was some story in there, the visuals while similar to the first, and were quite good (in a 1980's retro-futuristic kinda way). And the acting was believable -- I just didn't care about any of the characters. The good guys weren't very good, the bad guys weren't that bad -- which I normally like if there's some conflict and nuance, but it felt like everyone was just a robot playing their roles. (Pun intended).

People that loved the first one, should probably like this one... assuming their tastes haven't changed in 30 years. But mine did.