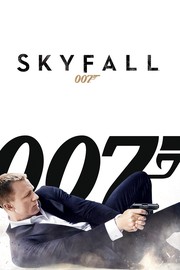 Nice retro-Bond style. Worth the price. (93/86 on Rotten Tomatoes).

The special effects didn't overpower the movie, and got rid of completely over-the-top stuff, and decided to put in a plot and some character development. Best bond in quite a while. For me.

I'm so very glad Quentin Tarantino didn't get to direct this one, like my wife said he'd wanted to. It would be some tart'ed up explosion of eye-candy, with bad cliché's and more gore than a hollywood horror film.

There was over the top stuff, and plot holes (why does a train in rush-hour have no passengers on board). But it wasn't just one stupid over the top thing after another, like some were.

So if you liked the originals (first couple Bond films), this one rocked. If you liked the last few before the Daniel Craig reboot, this one wasn't very action filled and had a lot more dialog.

A lot of the original bond lovers will love this one.
A lot of the later bond film lovers, will think, "almost boring" in contrast.