These two studies in 2003 and 1996 mapped how many (and how strongly) scientists agreed/disagreed with the Global Warming consensus, and it was a nice even bell curve, completely showing there was a spectrum of views, and refuting the idea that there was a blanket consensus.

This actually mapped a nice curve of how many disagreed or agreed with Global Warming consensus (on a 1-7 scale) and got a nice bell curve distribution, weighted in the middle, based on severity of agreement: which refuted a strong consensus (people were all over the board), but it was becoming too political, so they stopped doing their poll. 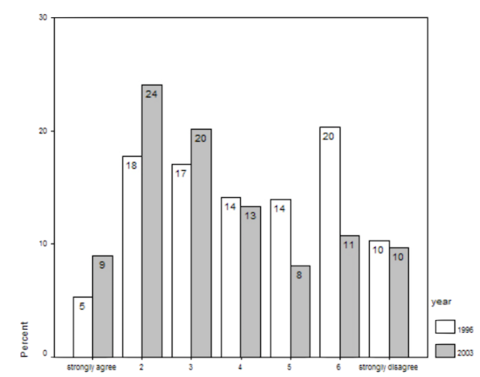