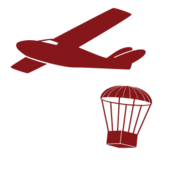 There is a true story about some South Asian Islanders (Melanesians) that sort of sums up a lot of human behavior for me. During WWII, Americans used small islands as airbases to launch various attacks against the Japanese (and vise versa). When they war ended, they left. Later, someone went back, and found that on one of the islands the landing strips hadn't grown over. And when they got there, they found that decades later the natives had built a whole religion around the airbase. They had made mock-up planes out of straw and bamboo, had kept the strips clean, and had various relics and artifacts that they used in their rituals.

When the westerners talked to the natives they learned that the natives were trying to lure back the planes; because the planes held mana from the Gods, called "Cargo". Cargo was all sorts of magical things that the islanders didn't have or understand, but they wanted. They didn't know who the men were that tended to the planes or who were the priests of this Cargo, but they knew that if they mimicked them, that maybe they could lure the planes and Cargo back. The Cargo-cult, as they were named, built a religion around things that they didn't understand and on the fables of the people that had been there but couldn't accurately describe what they had seen. (I don't know enough about other attributes about the Melanesians to know how to score them on all the other aspects -- but as they were the opposite of hateful of outsiders, I don't think they would actually score very high at all).

I've always felt the Cargo Cult, and other religions were the exact same thing; Mans need to describe things that are beyond his comprehension.