Deathrace 2000: Some people tell their kids, "watch out for cars" -- for me that was always an understatement. I was one of those lucky kids that got hit by a car, over and over and over again.

My final score was; Cars:4 Me:0 -- and that was just as a pedestrian, as a driver I had a few more accidents. 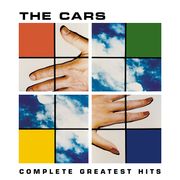 Fortunately, I lived through all my little "experiences", without any major traumas. But I had friends that were far more seriously hurt; one lost a spleen and was in a coma, and the little neighbor girl that in a coma and rehabilitating for a month. Another friend that had someone lose control and take him out on a curb, and hospitalized him for many months; broken pelvis, arms, legs, and so on. And a couple of deaths.

When kids or people just get too casual and irresponsible about 3,500 lb. deadly weapons, I just start reciting the fun I've had with them as reminders. I'm not really preachy about it; but cars are dangerous, and they can hurt. I speak from experience. Usually they think a little bit more, or at least that is my hope.