From iGeek
(Redirected from Category:Biden)
Jump to: navigation, search 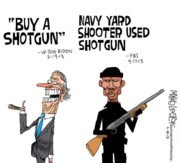 Tara Reade - The FakeNews media has been actively suppressing information about Joe Biden's accuser, while the people screaming about Kavanaugh or Trump, are defending Biden despite a more serious allegation with far more evidence of wrongdoing. If Democrats didn't have double standard, they wouldn't have standards at all. Memes-Biden - Creepy Joe Biden: gaffe-factory, has the straight-line moral compass of a dandelion seed in a tornado.The senile serial-sniffer also has an uncomfortable infatuation for children. He makes Sarah Palin look scholarly. Gropegate -

"Gropegate" is a completely overloaded term, since the most popular way to slander a political opponent in recent years, is to accuse them of sexual harassment.. then trounce out one or more Women with claims ranging from "he said something that they felt was to sexually forward", to "he used his position to intimidate me into sleeping with him", all the way to various kinds of rape to slur their integrity. Thus there is no "one" gropegate -- there's Clinton, Schwarzenegger, Trump ("grabbing pussy" comments on tape, or specifically one of the women on a plane that said he did it to her), everyone in Hollywood, the media, and all those that helped them. Election 2020 - Joe Biden just called the Presidents family and demanded he concede the election. Unfortunately he called the Reagan family. I was correct in predicting the polls were way off: whatever the final outcome, the pollsters, CNN, WaPo and NYT were terribly wrong, again, perpetuating what later turned out to be FakeNews to harm the standing President. One needs to ask, "Bug" or "Feature". Since they are using double-standards on when to announce a winner, with always premature on (D) and always demanding patience when (R), I think we know the answer. And it's not just at getting the public the truth. Biden on race - I don't think Joe Biden is a racist... but I do think Joe Biden makes Donald Trump look refined and delicate on issues of race. It demonstrates those who oppose Trump but support Biden because of "race" are likely hypocrites. Examples: Biden on Guns - “150 million people have been killed since 2007,” Biden declared... or about half the U.S. population? His campaign claimed that it was a 150 thousand (not million), but that's sort of an exaggeration that misses the point. According to the CDC about 80% of those were gang violence, and since gangs smuggle drugs, they can easily smuggle guns -- thus gun control can't impact those rates in any material way. Filter out those, and we're suddenly talking about 2,100 of the 2.5 millions deaths per year in the U.S. Biden and Ukraine - The whole Ukrainegate started because Joe Biden is caught on tape, admitting he did a criminal act, by threatening Ukraine to fire a prosecutor which stopped a criminal investigation into his son, or he'd withhold $1B in U.S. aid. Ukraine fired that prosecutor, ended that investigation, and funneled $millions to his Son's company (and ultimately his Son. Who had no prior experience, and yet was hired and paid millions in bonuses for this fortuitous coincidence or payola). Multiple media outlets at the time noted it, but had little curiosity about investigative journalism (and the conflict of interest) or pushing this further. RIP RBG -

I don't wish harm on anyone, but for jurisprudence reasons, I'm glad that RBG passed. She might have been a nice person, but there are lots of nice people that shouldn’t be on the Supreme Court. She was on the wrong side of virtually all the worst rulings during her tenure. Her selfish nature was demonstrated by not stepping down during Obama, but holding out expecting a Hillary win. And her divisiveness was displayed if her final wishes were as NPR reported that we should ignore the Constitutional power granted to the Senate, and hold out until after the election to appoint a replacement for her. The nation has the chance to become a much better place (as far as jurisprudence/lawfulness) with her no longer on the court. It would be great if they could replace her quickly with someone who actually values the Constitution as written, instead of as rewritten by the far-left's imagination. Joe and Hunter Biden - In 2014 Hunter Biden (Joe's son), with no prior experience in Gas, Politics or Government Policy, joined the board of Burisma Holdings (the largest natural gas producer in Ukraine) for a fat fee of $50K/month, over the concerns of conflict of interest by the Obama Administration. Joe Biden was caught on tape bragging about how he demanded Ukraine to immediately fire the country's top prosecutor, Viktor Shokin, who was overseeing an investigation into Burisma (his Sons company), or he would withhold $1B in American Aid to Ukraine, and they fired him. His Son also did the same thing in China, and got an even fatter payout, which Joe Biden was also overseeing relations with. The defenses are that while they did collude/pressure Ukraine, others were as well, and the investigation was mostly dormant and not really about Hunter... but those are all benefits of the doubt the left/media/Dems would never give the right/Trump. If interference is a crime, then this is a crime. If it isn't, then Trump is innocent. Trump asked for Ukraine to investigate whether there was any impropriety, that is all: and that's not criminal. But it was enough to start Russiagate II, with Democrats demanding impeachment for the high crime of investigating more blatant wrongdoing by Joe than Trump has ever been caught in.