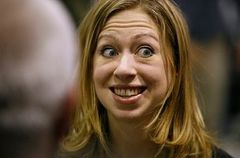 While you aren't responsible for your kids (or parents), and I don't hold Hillary responsible for who her daughter marries (beyond it shows that bad judgement seems to run in the family), the problem is the double standard. Imagine if one of Bush's daughters had married an Investment Banker at Golman Sachs, who was the son of a major banking felon and fraud, all while he was running for office? The Press would have had a field day. With Hillary, it's crickets. 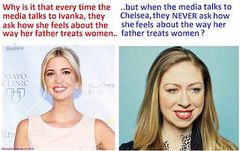 And don't get me started, imagine if Barbara or Jenna Bush's first job out of college paid like $400K a year starting salary, then she does part time work at NBC for $600K/year as a "consultant": which works out to $26,724/minute of airtime, and used the Clinton Foundation as a wedding slush fund. Oh, and don't forget $65,000 speaking fees for 20 minutes, because her parents are famous. She rocketed to $30M in net worth by 36. Chip off the old block. Nothing sounds suspicious there.