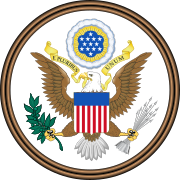 Recording Industry and DMCA: biting the hand that feeds them. Media companies (like the recording industry) have been passing waves of bad legislation in order to "protect" us. Even the government got in the act (or started it), by passing laws granting them a monopoly on invading our privacy. The problem is that the issues is that they are very complex, and hard to legislate. The laws passed often imply contradictory or outright silly things. I can tape video of you undressing, but audio is against the law. Cordless phones can be freely monitored -- by government, but not by other people. Cordless cell-phones are not the same as cordless phones. And the worst laws have to do with private data and usage: the DMCA.

Encryption is the ability to scramble data so others can't understand it - and is against the law. Yet, almost everything in computers is scrambled in some way. Computers decrypt numbers into characters which we can read, and vise versa. Every format for computers is a different way to scramble that information and encode (or encrypt) it. Compressing files so they are smaller (done all the time in computers) is also a form of encryption.

The difference between the legal, and illegal variants is how easy it is for our government to be able to invade private information. If the data can be "cracked" easily, then you're OK -- but if it is private, then you could be a criminal.

One guy made a program for people to protect their files called PGP (Pretty Good Privacy). It wasn't that secure, but it was secure enough that it cost a lot to crack - so our Government stepped in and made it illegal for export, even though every other country in the world has access to better forms of encryption. In protest, T-Shirts were made that had the PGP algorithm on them, with the caption, "If you read this, you are guilty of arms trafficking". Imagine throwing people in prison for treason because they wore or read a T-Shirt.

Another bad law is called the DMCA (Digital Millennium Copyright Act) which outlaws tampering or viewing any protection system. This was so that movie or record companies could call any format they encode in "a protection system", and anyone that changes the format is guilty of a federal crime (maximum penalty of $1 Million and 10 years in prison). This is a return of the "Use a betamax, go to prison" law. Imagine how you will feel if the feds come to your door, because your kid was taping a song off of a radio station (or internet radio)?

Ironicaly the DMCA is being used against its creators. Napster was sued because they made a program which allowed people distribute information too easily, and some of the information was copyrighted music. Anachronistic judges said that Napster was responsible and must try to police the entire Internet and block all copyrighted materials -- like the titles of songs or where people can find those songs. So another group (called Aimster) creates the "pig encoder".

The pig encoder is "a protection system" which renames a file into pig-Latin. If you want to find a group by the name of the "Rolling Stones", you just look for "Olling-ray Tones-say", or actually you don't need the '-ay' so the name is "ollingr toness". Since this "pig encoder" is a protection system under the DMCA, if the record companies try to force people to crack this highly complex system, then they are guilty of a federal crime and subject to fine and imprisonment

The truly scary part is that just by typing, publishing, or reading about this encoder (how the Pig Encoder works) -- you are guilty of violating the DMCA as well, and subject to $500,000 fine or 5 years in prison. Even just mentally decoding the group "eatlesb", into the "Beatles" is a federal crime. I better stop writing about this now.