Discussion with a Gun-Controller 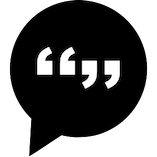 Almost every discussion with a gun-controller looks the same.

But whatever the cause, the thread often covers variant of this one -- the variations are strictly in tone (not content), and how resistant they are to fact, and how driven they are to not lose an argument that they lost the moment they picked the wrong side.

Them: I want to save lives.

Me: Words have caused more deaths, and are more towards the root of the problem (intent), so shouldn't we ban free speech and go after that?

Them: No. Not the root cause of the death (which is the antagonist), I mean what directly caused deaths!

Me: Oh, you mean the most effective thing at causing deaths in the U.S., that would medicine (Medical Malpractice). Hundreds of thousands of accidental deaths a year.

Them: No. I didn't mean users causing deaths, I mean only the tools used to cause them!

Me: OK, fine. then cigarettes and forks (smoking related deaths, heart and lung diseases and obesity related ones) would leap the top spot of deaths. Again, 10-20x murder rates.

Them: No. They only aid death, sometimes years later. So those facilitate death, or are a catalyst, not the immediate cause. Let's stick with tools that cause direct and immediate deaths.

Me: Fine, that would be cars, they cause far more accidental deaths than guns do, and certainly more than any specialized subset that the "good guys" want to ban.

Them: No! Not accidents, why do you care about those lives? I mean just what tool is used most often in intentional crime!

Me: Oh, now we're to aggravated assaults the #1 tool of choice is? Baseball bats (actually all clubs and blunt objects are 32%), with hands and feet next (27%), and with knives and guns trading off as the 3rd most popular weapon of choice at around 20%.

Them: But I heard guns were used more than others in crime.

Me: Ah, in order to cook the numbers for the gun-controllers like to throw in robbery (where it's about 40% guns, 10% other weapons, and 50% are empty handed or unknown). It's a more common crime, but not usually a violent crime (most robberies are in-and-out, without assault). But even there, they like to ignore the largest category (hands+unknown, which are grouped). And pretending that hands aren't tools of assault and death (even though they're the 3rd most likely tool of murder), is a bit of cherry-picking. But leaving those out, and comparing only guns to knives, then guns are the most popular.

Them: Whatever. Let's get back on point. I want to look at tools used to cause death (not just crimes/violent crime), not counting hands, accidents, or things that hospitalize people (which is a 10x larger problem) -- just deaths caused by tools, and ignoring the user. Those are the things I want to help with gun-control.

Me: OK. You're right, roughly 2/3rds of murders in the U.S. are by gun. Which still leaves 1/3rd that are not. The gross majority of them seem to be by repeat felons (multiple offenses), that the system has let out, multiple times. Usually, they're using illegally obtained weapons (many are not legally allowed to have guns, because of prior felonies), so gun control laws can't stop them.

Them: So guns are the most effective tool of murder!?!? That's what I want to ban, because it will save lives?

Me: What makes you think so?

Them: Because they cause so many deaths and are so effective at killing people?

Me: Well, actually, frequency isn't effectiveness. If you come into a hospital with a gunshot or a stabbing, your survivability is about equal. People use guns because of range -- but in effectiveness, stabbing is as bad, probably because people keep stabbing, but will shoot only once. But as a Martial Arts instructor (who trained police officers), 1 on 1, I taught people that knives are as dangerous (and situationally, more so), than guns.

Them: But you can kill so many more people AT ONCE with a gun! It's the most effective tool of MASS murder!

Me: Oh, you want to look at only a subset of crimes, and a subset of murders, and look at only MASS murders. Well, bombs are still more effective than guns, and those can be made with household cleaners. Heck, look what McVeigh did with some diesel fuel and fertilizer, he killed 168, and that was the 2nd most effective mass murder. The most effective was with box cutters -- with 9/11 they used box cutters to kill 2,996 people. Trucks are doing a pretty good job in Europe. So in scale, guns effectiveness, guns, or the subset you'd like to ban ("assault weapons") are near the bottom of the list. Pistols have killed more in mass shootings than they have. And you can't practically ban all pistols, now can we?

Them: But the media says our gun deaths are higher than other countries!

Me: That's because they're liars, and appealing to people that don't know the facts. Yes, our gun deaths are higher -- but they get that number by throwing in Suicide Rates (with guns). Of course before you think gun control will help our suicide rates, you might want to compare ours to places like Denmark, or Japan, which have higher suicides and some of the strictest gun control in the world. Heck, it kind of appears that gun control increases suicide rates.

Around this time, they're usually shutting down and preparing to leave. So I remind them how this thread went.

Which gets to the point. They don't care about lives or crimes, or they'd go for low-hanging fruit and biggest impacts. They want to rationalize excuses to blame the gun for the actions of the user, and it has nothing to do with the actual crime, deaths, harm done with any other tool except the gun. So they usually leave in disgust. Not at themselves for failing to know the topic they're discussing, but they're mad a me. I dared to have a point, know what I was talking about, and tried to educate them, and my points showed them truths that they didn't want to face.

They started the discussion being 100% convinced they were right on it, and they usually leave knowing the same thing, no matter what the facts might show.