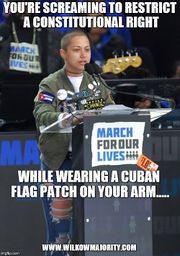 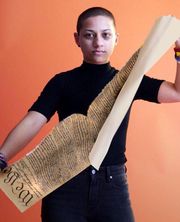 Maybe Emma Gonzalez is a dynamic public speaker, and an impressive kid, and to wish her well when she runs for Elizabeth Warren's old Senate seat in 2036, after graduating from with a triple major in Women's Studies, Queer Theory and Literature of Indigenous Peoples.

Now, can we get back to discussing what you can do with an AR15 that you can't do with a semi-automatic hunting rifle? And if the answer is nothing (and it is), then why should the former be banned but the latter is okay? And if they both should be banned, then we can end with the charade that the far left doesn't want our guns.