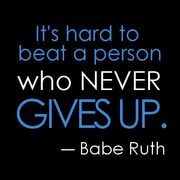 Fights are often more mental than physical. It is a battle of wills, and an important factor is who has the most to lose. This is a reason that you don't want to corner wild animals, or wild humans. If they have no path out, then they are much tougher combatants.

Many people run through life on "auto-pilot" and are not doing most things consciously or maliciously (they are just unaware), you must forgive them (like an errant pet, or a child). Trying to fix them will do little, and you are becoming one of "them" if you vent your frustration (at their actions) out on them (if they wanted to learn or be fixed, they would have done it long before you came along, so all you can do is irritate them). Their actions are their problem, but your reactions are yours. Read Ego for more.

The only thing that should get you into a fight is violence (or a crime) against another human (or yourself) -- then it is too late to do anything else, but up to that point, you have lots of options. Once you are in that fight, you have far fewer, and you must win.

I do not condone fighting, in fact quite the opposite. I feel that if there is any opportunity to get out of a fight it should be taken. But if there is no choice, and you have to fight, then you damn well better be good at it. To be able to defend yourself, and harm another, you had better let loose your fighting spirit.

Many people use anger as their fighting spirit, this is dangerous because anger often denies or ignores control and intellect. The person that is fighting with pure anger is easier to beat than a person that is fighting with his wits. Your fighting spirit is everything in you that is capable of self preservation, at whatever costs necessary to survive. While fighting, you let this little intelligent monster loose, and it will do everything possible to minimize the hurt to you, while maximizing the hurt to the other person. The more the other guy hurts, the less likely he is to continue the fight, or pick one in the future. 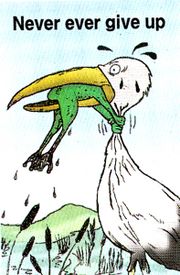 If you have done everything you can do avoid a fight, then there should be no regrets after a fight (and certainly not during one). A person that has picked a fight, ignored every warning you have tried to give him, will not let you back down, and has instigated aggressions, deserves whatever he gets. This does not mean killing or maiming a person is a good thing, and if you can minimize the permanent damage to another with no risks to yourself then do so. But otherwise, protect yourself first, at all costs. Better to be tried by 12 than carried by 6.

If you can not get away from some sociopath (and that's the only reason you should be in a fight), and that person doesn't have the ability to control his own emotions (or you wouldn't be in a fight), and forces you into a confrontation that is dangerous to himself (as demonstrated by the fight); then why be worried about the damage this person made you cause him? That means you're not in a fight, but you're in combat -- a fight for your very life (even if you haven't figured it out). If they don't have the control to avoid fights, then they might not have the control to stop. I'm not chancing my life on some angry strangers ability to control their passions, after they've demonstrated that they have no control.

4 out of 5 Psychologists agree that merciful people seldom commit violent crimes. Assaults, rapes, muggings, are such acts of violent aggression that they likely demand a violent response. You can't talk or plead them out of it, you can either outrun them, or out violence them. And if I'm fighting, it's because I couldn't outrun them. That means there is no dirty fighting, there's just ending the confrontation: bite, gouge, scream, break things, you're sending a signal to the other persons that they want to get out of this situation as fast as possible.

"Fight or Flight" is the mode our bodies get into right before we rip the head off something, run like hell, or both. If you have been pushed to this point you know what it feels like. If you want to avoid fights, it is good to be able to read the warning signs.

Our bodies have a few natural things that happen when we go into, or are preparing for, fight or flight.

Many people confuse these warning signs with "fear", and it may be fear causing these symptoms, but don't think that people can't fight when they are afraid. This person is more likely to go overboard, and beat the crap out of someone, and not know when to stop. There are different levels of fear, no one wants to get hurt, and everyone with an ounce of sense gets at least a little afraid before a fight. But fear can be controlled and used.

All these "Fight or Flight" symptoms have a reason, and that reason is to preserve the body and to do as much damage to the cause of this fear as possible, and/or to get out of the area of danger. Blood going to the muscles, oxygenates them and primes them for use. Blood flow is drawn away from the extremities, this is the body's defense in case something is bitten or cut. Adrenaline is an oxygen supercharger; things are about to move very quickly. Muscles tense to get ready for action. Even extreme reactions, emptying the bladder or bowels, may be associated with fear, but they help protect the body from internal damage. When you see a fear reaction going on, and the obvious physiological changes, then something "big" may happen.

Other symptoms are after the "Fight" and/or the "Flight". It is seldom shown that after the incident the winner often has the tremors and can't stop shaking. Many people who have come close to (or had) serious car accidents can attest to these reactions. Vomiting and nausea are also quite common.

A physical fight will usually last about 10-30 seconds once the blows begin. Do not be tricked by movie scenes where the hero and the villain bludgeon each other back and forth for 5 minutes. A fight is an explosion; fast, hard, and over before most people had time to really react. The body, and more importantly the mind, can't take the damage that can be dished out in a few short minutes.

Fights are not pleasant, and they are not like the movies. They are violent acts that happen in an instant, seem to last forever, and have ramifications that last for lifetimes. Think hard before getting in one. But if you do, while there are no winners, often the least prepared to harness their fighting spirit is the bigger loser. If your goal is to ignore whatever happens to you, but do as much damage to the opponent (to teach them why they never want to fight with you), then you might not "win", but you at least sent a message.