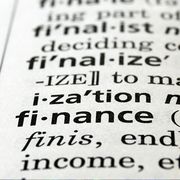 I’ll keep from getting too nerdy, so these are just some basic terms you should understand before reading the article.

Banking is you putting money in an institution to invest for you. Basically, they loan it to others (for interest), and split the profits (interest) with you, and take a transaction fee for lining up buyers/sellers. Due to government regulation, there are three kinds of banks; commercial and investment, universal (both).

Combined, they provide the economy the "credit market". The idea that you can borrow cash (in some form) as long as you pay it back with interest. And that interest rate will be based on many factors -- but basically how risky that investment is, just the risk-reward ratio I was talking about. I must balance. 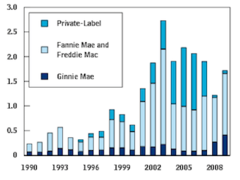 An analogy is, you put in $1, and I’ll flip a coin. Heads I keep it, tails you get $2. Regardless of whether you’re a gambler, that’s fair.