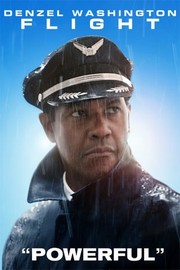 OMG that was like Leaving Las Vegas without the happy ending.

I can't believe it got 77/75% good reviews? We often disagree on what makes a watchable movie.

Other than the fact they didn't get anything right technically on flight operations (or know how fly an airplane)... and I had my wife (the Flight Attendant) saying, "That's WRONG!" for any sequences that involved crew. It was a rehash of a rehash. And one with kind of an obnoxious message.

I like Denzel in most things. This wasn't most things. Denzel did a good job playing a douchebag, and it started with some full frontal nudity. (Ya ya, seen it before).

And I liked the John Goodman character and the most memorable line, "It's OK, I"m on the list".... but other than that. It really was another substance abuse downer and his enablers. I got the lesson the first time Nancy said "just say 'no'"... I didn't need Zemeckis beating me over the head with it for 2 hours and 18 minutes.

Someone said it was anti-union, but I didn't get that. I think the key is if you like Denzel's character, then you'll get caught up in the drama of it all. But if you're rooting for Darwin to teach this idiot his final lesson, as an example for everyone else... then it's just one long ass PSA.

If you want something more upbeat, go watch Brazil, Precious or Sophie's Choice.