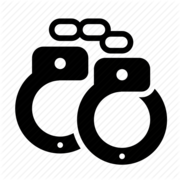 Germany is a free society: unless you do something the collective decides you shouldn't. Then you're far less free than in America, or much of the world. The point isn't to bash what is a lovely country, and great people, it's to remind people that Freedom isn't how you treat people you agree with, but how much people you don't like or agree with, are free to do things you don't approve of.

Someone told me how great Germany is for Liberty, so I replied, "Cool. Here's a few freedoms I enjoy, and I threw out a list of things I can't do there, but could here". They were ignorant of the laws, or made excuses: people that want to be blind, are good at it. But below is a list of things that many want to do, would be considered OK in a free society, and yet are not in countries like Germany.

What you can and are forbidden buying is a reflection on how free you are. Germans are much more restricted. There are tons of things you can't have (the state has protected the choices from you).

Basically, how much of your income/work do you get to keep, is how free you are. Over there, you're more slave than free person. (More of your work goes to the state, by force, than to yourself or your family).

Our left has apoplexy at Texas as being fanatical for saying that abortion clinics should be subject to the same laws as other medical clinics and abortion doctors must have practicing privileges in their facility or one nearby, in case there’s a complication. But the U.S. (and Texas) still has far more liberal abortion laws than any of the countries discussed. Can you imagine the uproar if the most conservative State proposed anything as draconian and invasive as the following laws?