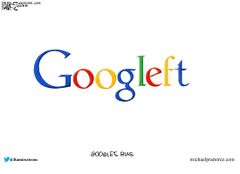 Google has these all-hands meetings called TGIF (Thank Google it's Friday), not that you get weekends off, but because all goodness comes from your Googley overlords. Well, someone Keistered out a thumb drive with the entire video of what happened the day after Hillary lost the election to Donald Trump in 2016, and it was a doozie. Serge Brin, Larry Page, VPs Kent Walker and Eileen Naughton, CFO Ruth Porat, and CEO Sundar Pichai are all snowflake meltdown mode, with hug sessions (seriously), letting the staff know that despite their best efforts to interfere in an election through illegal silent donations to Hillary Campaign (and get-out-the-Latino-vote efforts), that she still lost. But that their management was there to fight the forces of fascism, against the electorate that were "low information" voters who only voted for Trump because they were bored racists, and that they would continue to work to bend the nation/world to their will in the future, and help avoid the world war that the right wanted to start. Seriously, that's only slightly paraphrased. It was their way of telling the company that while they value diversity, it doesn't apply to whites, males, conservatives or anyone who didn't vote for Hillary. [1]

To put the cherry on top, we find out that the NYT had this video since March, but squashed the story like it was a Harvey Weinstein or John Edwards scandal. The New York Times, all the news that's fit to suppress. [2]