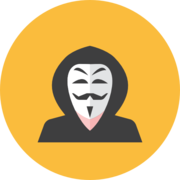 What are Hackers, Crackers and Phreaks? I did a little of all three, but that was decades ago (literally), and in computer times that is ancient history. But the concepts are still valid -- even if I'm no longer "plugged in" or have lost interest in doing them.

Hackers started as a term "hackers" for those geeks (code hackers) who would just pound on a problem, until they found a solution.

Many hackers were very bright, many were working hard instead of smart. Many solutions that academics have gotten credit for were solved long before, or have been solved in better ways by hackers. Life would be a lot easier if there was only more open lines of communication between the two groups. But there isn't and won't usually be -- they are on opposite extremes of a philosophical boundary. One attitude is "just do it" the other is "lets talk about it, write about it, and design in based in deep theory and by committee consensus".

Hackers had a dim view of rules, and of wasting time with process and a bunch of administrators trying to control their lives. This is what can cause friction between them and engineers or academics. When it came to network security, or just about anything else, they would do it, for curiosity and as a way to thumb their noses at the establishment. They would solve these problems because they were there, and for the joy of learning. 99% of it was not malicious, but many hackers were often young -- and if you got on their bad side, it could certainly take a dark turn.

Over time there became different type of hackers. The traditional term lost force -- and "code hackers" is not what people think of when they hear the term. Programmers still use "hackers" to talk about code hackers, and it can still be a compliment (especially from another hacker). But most people don't use the them that way. The concept of "those that pound on a problem until they solve it" still stuck, and it expanded (or fragmented) into subgroups of hackers.

With Crackers and Phreaks pulled out as separate discipline, the original meaning of hackers was lost -- and now "Hackers" is usually used to refer to network hackers. The media has tended to only look at the darkest side, and make it all seem bad. But 90% of what goes on is just the exchange of information, and showing off of prowess -- with no real damage done. But it is hard to convince a curious kid that he shouldn't see if he can break a password or outsmart the system -- and adults that have grown up with that mentality aren't much better. It is the thrill of learning and exploring -- and the laws are pretty silly, so they are treated with contempt.

But many of these things (hacking) are illegal. There was a T-shirt that had the an encryption algorithm on it (PGP I believe), and it basically had a caption that was, "if you are a foreigner, and you read this, we are both guilty of arms dealing". Which is true, because the laws are that dumb. So some hacker does something that is minor transgression, at worst, and he can be labeled a criminal (and treated like one). Once labeled a criminal by the system, for doing something as minor as outsmarting "the experts", it is easy for him (them) to devalue all of societies laws (even the few good ones) -- to the point where their contempt for the law makes them into criminals. Of course there are certainly a few that were criminals all along -- but I believe there are far more that sort of evolve into it. And there are many more who evolve out of it, and become consultants to phone company or computer companies to help them plug the holes that they found. So there are both black-hat and white-hat hackers -- but realistically most are gray-hat ones that cross the lines, because the lines are impossible to know, and the more you know about them, the less you care. So not all hackers are bad or good -- and many do little "bad" things -- the question is just where does each hacker/cracker/phreak draw the line.

There is a lot more to hacking and the hacker mentality. And the lines between disciplines aren't quite that distinct -- the personality that allows you to hack into one thing, and what makes you curious, is likely to mean you will cross over disciplines and explore. Plus there are things, like Phone Phreaks, who hack into the Phone Companies network (System/Network Hack), in order to control the phone lines; what's that, a phreak or a network hack? I'll write more on each of the style of hackers, and tell my little stories in each of the subgroups, what I've done and what I've seen. The objective is not to glorify what are crimes. Nor is it to rationalize or justify the actions. But maybe I can give people some perspective on what and why. Maybe you can learn what is really going on -- instead of the watered down black and white view of the world we get through our televisions and newspapers. Maybe if you understand "how to" a little, you can understand "how not to" or how to plug up holes. Certainly if you understand what is going on, you will probably fear them less (or more) -- but at least people will probably vilify hackers less.

You can read more about the terms or my exploits at: