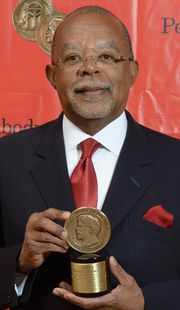 Truth: Turns out non-racist cop was responding to community 911 call because someone (Gates) looked like they were breaking in (because Gates WAS breaking into his home). When the cops ask him to identify himself, he refuses to do so, calls the cops racist, and is eventually arrested for disorderly conduct (which Gates never contested the charges). There was no mention of race on the 911 call, so no way the cops could have racially profiled, and the only evidence of racism was on Obama and the medias part. Thanks for starting a fire and throwing gasoline on it.

This was the seed moment, early in Obama's first term, that would set the tone for the rest of his racist administration. Obama jumps in and makes a federal case out of it and implies racism (later has a beer summit) and so on. Obama made it worse by jumping to conclusions, and never corrected the race-huckster angle that this had nothing to do with race, and is beneath a president. His actions were fertilizer for the other race baiters, and started us down 8 years of racial polarization: they could get attention and a reaction by looking for a racial angle on every event to get their 15 minutes of fame.

Other than one cranky night of bad judgement, I do NOT think Henry Lois Gates was a thug, or a bad guy. I think he got dragged into a meme invented by the racist media, president, and other hucksters playing off his misfortune for their own aggrandizement. He wrote a reasonable and responsible article in the NYT on race, that probably didn't do the way the editors had intended, by being a responsible historian, and admitting that slavery was an embarrassment of BOTH races (and taking about black slave traders). So he does not appear to be a racial opportunist at all -- even if unfortunately, his name will be tied to other abuses of the truth like Brown, Martin, Garner, and the rash of fake-racist crimes that followed his fake racist arrest. So I feel like he was a real victim, more than any of the other popularized ones during Obama's reign as race-baiter-in-Chief. (And I'm not sure that our Community Organizer really intended that, it just seemed he couldn't stop himself from jumping to stupid conclusions and saying stupid things for the camera).