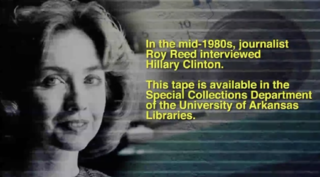 Early into her career Hillary was appointed as public defender in a rape case, and made the centerpiece of her defense attacking the 12-year old victim's credibility (eventhough there wasn't a shred of evidence that the victim had any sort of history of making false claims). Going on to claim the victim wanted it by implying that the girl often fantasized and sought out "older men" like Taylor. She omitted this aspect of the case from her 2003 book, "Living History." (Selective memory seems to be a pattern). Then in a 1980 interview she admits she knew the guy was guilty, but joked and laughed about it, and how she manipulated the situation to get her guilty client a reduced punishment for child rape. A lawyers job is to defend their client, but lawyers are NOT required to do things they don't believe are true; like attack the credibility of a 12 year old rape victim, or present evidence/ideas that they know is false. She is admitting doing the latter, and has a pattern of wading neck deep into ethical dark-gray areas (at best). Then claims the opposite, like she's a champion of women's rights, especially sexual assault victims... unless they're victims of her clients or husband).

Her apologists like Snopes, WaPo, Politifact, all try to downplay these truths and cover over them. But journalism is reporting what happened and letting your readers decide, not steering them. So they all became FakeNews by getting way ahead of the story. You can decide if she was "nervous laughing" or not. But it sure didn't sound that way to me from the tapes. And that still doesn't change the ethics of her original action. (No lawyer must use a defense that they feel is immoral or attacks an innocent, just because it might get their client off).