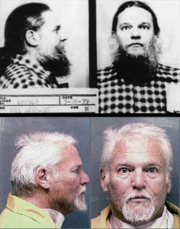 Another Earth Day/Week Co-founder is Ira Einhorn, who was famous in the counterculture, anti-establishment, and anti-war movements of the 1960s and 1970s (known as). He was the MC (Master of Ceremonies) for the first Earth Day, held in Philadelphia -- and was known as one of the co-founders. Of course, his role was later downplayed by people that wanted to distance themselves from him -- but at the time, he embodied the movement, and was loved by all for his views.