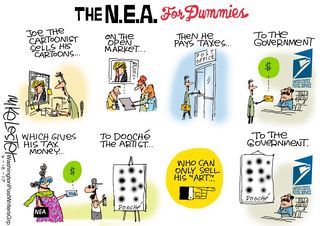 Some want to drown the scale of the abuse, and pretend that forcing others to spend their money on things they disagree with, isn't a valid complaint, and doesn't have a consequence. At best that's a lie of omission, or a distraction. At worse, it's disinformation/propaganda.