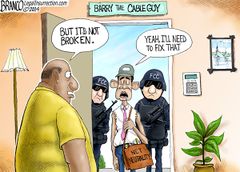 The left fought for "Net Neutrality", which really means giving the government taxing and regulatory authority over the Internet. It is a Mao suit: one-size-fits all, poorly -- to defend us from choice and free will. Imagine the idea of "mail neutrality": where you're only allowed to charge one fee for mailing a letter, or a 500 lbs. refrigerator, any distance: one price fits all. We had no net neutrality for the first 60+ years of networking, the Obama admin invented a few "regulations" in 2015 to protect us from liberty (imaginary demons under the bed and non-problems that weren't happening), and the left/media act like repeal of that (liberty) will be end of days.

Going back to that libertarian cowboy era of 2015 is unlikely to end freedom on the web, or be anything that anyone notices. And if Comcast/ATT/etc do something that gets on consumers nerves, THEN we can regulate with justification. 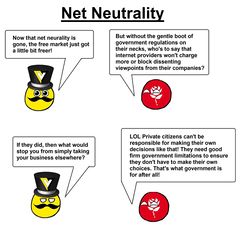 This was step one in the big-government progressives wet dream of making your future data-modem bill look like your cable or phone bill: with a huge list of taxes, subsidies, fees, and other shit, along with variable pricing depending on your woke Social Justice Victim Status -- all to make things more fair (and to give politicians a cut of all of it). The Net-Neutrality Security Act -- or the NNSA is looking out for you.

To me, the solution to rats in your house (big cable companies) is not venemous snakes (Politicians in control of out Internet), but cats (competition).

If your only tool is a hammer, every problem looks like a nail

There's a few ways to handle a company that is abusing power.

Before 2015 there was no widespread consumer backlash that all the companies were exploiting consumers and selling service to the highest bidder and blocking competition. It was an invented contrivance by a few progressive activists, based on what they feared/hoped might happen. E.g. It was politics, not a technical necessity or consumer backlash that caused it.

Those that chose #1, only chose it because it was their knee-jerk reflex as the solution to everything. Make big monopolies, then make a bigger one (government) to fix it... by making it harder for little guys to enter the market and compete.

Without the FCC's invention, the FTC can still get involved under anti-trust (anti-competitive behavior) without needing to declare that the Internet is a public utility. So the political power grab is completely unneeded -- it was fixing a non-problem, that the markets could have cleared up, but even if you think government should step in, just the threat of the FTC (let alone action of it), would have been enough. And state and local governments could easily have written their own laws as well. So a #2 type solution would have worked better, if a problem arose (but hadn't).

Their excuse for #1 was because they WANTED #1 and rationalized it by what they imaged could happen, but hadn't.

Yet the best solution was #3. - The solution to monopolies is more competition, not more regulation.

If consumers had multiple choices (competition), then that offers the best value for the least effort. If consumers could leave, then providers would learn. One thing history has shown us, time and time again, is that the free market is better at curing these problems than bureaucrats and politicians in D.C. So the solution is to increase competition, not put up regulator barriers to reduce it. 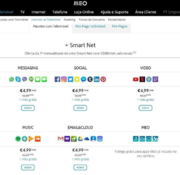 The common hue a cry (and fake meme) is that with Uncle Government, the mean ol' bad guys would decouple all our services and do what they did in places like Portugal (where one carrier offers cheaper rates depending on which services you want to pay for access to).

The clueful realize that is one carrier, in one market in the world, is not the same as would happen here, or that American consumers would buy that. Suppliers supply what consumers consume. Just because Portuguese people want that, doesn't mean that American people do. Their argument is saying that since you can buy used women's panties via vending machine in Japan, that's proof that vending machines would bring that debauchery to the states. Um, not so much, since we're not the same consumers/market as Japan. Without consumers, the market collapses.

If American companies start debundling, we can see how quickly that gets corrected in the market. In the U.S the trend has been the opposite, from bundling long distance with your land line, to unlimited testing w/Cell phones, to bundling your cable, phone and cell phone into a single package. Americans don't like ad-hoc, they like bundles, so I suspect any ISP that tried to de-bundle, would lose marketshare to those that keep the Internet free.

Another argument goes that this isn't really about the Obama inventing the regulation in 2015, they claim this all started in June 19, 1934 with the creation of the FCC.

First, it's not about 1934, but if it was, that strengthens my points considerably.

Because for 81 years (or at least the prior 65 years since computer networking was created), no one had imagined it was, until 2015 when the Obama administration pretended it was.

If it was about 1934, don't you think one of the prior 11 administrations would have recognized it as such?

None of the laws applied to the Internet, until after Obama couldn't get something passed through constitutional means (using the Congress to pass a law/regulation). So in 2015 he just went around the law and decided to circumvent congress via executive order. So all the hand-wringing about what this means, is just that we go back to how things were 2 years ago. Which was so dramatically similar, that few people noticed when the Obama regulations went through.

But if it was about the FCC then my point for why this is bad, is even stronger.

First we'd have to ask what was the FCC created for, and what was it used for?

Well that one is easy. It was created so our most corrupt pre-Clinton President (FDR) could use the FCC to bully his political opponents, and threaten any station that questioned his reign with ripping away their license (which he did, on many occasions).

And more importantly, to create a federal bureaucracy that could slow-track granting of anyone's licenses, unless they paid his son James (living in the Whitehouse and known as "Assistant President of the United States") a fat "consulting fee" to get their applications fast-tracked. Jimmy also did the same with 17 other agencies, and was thrown out in what was known as the "Jimmy's Got It" affair, after racking up $33M (in today's dollars) in a few short years. (An ignore all the other corrupt scandals and political appointments around James, or his brother Elliott, or the rest of the Roosevelt/Kennedy cabal).

A lot of people scream this is about Title II of the FCC. Well, remember, if you're giving the FCC control over our last mile, it helps to remember that not only Title II but Title IV applies.

The Supreme Court has repeatedly held, that the inherent scarcity of radio spectrum (along with scarcity of Cable and satellite providers) allows the government to impose some types of content restrictions on license holders notwithstanding the First Amendment, such as the prohibition on obscenity. <- Title IV comes with Title II. All or nothing.

That means by saying the FCC gets to regulate the Internet, then they get to regulate what's shared on the Internet -- as in their authority extends to censorship, fairness, and so on. Great. So you're saying that the government gets to recreate the fairness doctrine and "the code" for the Internet, that decides what and what not is indecent? You're killing flies with a flamethrower, and some of us are pointing out there's less destructive tools for the job.

The FCC's purpose was to suppress free speech that might go against the President, to intimidate his opponents, and to attack anyone who didn't comply with public norms. Sure, that sounds like it's completely in the spirit of the Internet.... in China.

If we tolerate those fascist (pro-statist) rationalizations here, then we lost any moral high ground when other countries do the same. If the Internet is a public utility, you just gave government full authority over every aspect of it, in the name of protecting us from having to pay for extra bandwidth? (We have met the enemy and he is us).

Those people complaining the loudest are always telling us what "might" happen. Or at worst, some of the things they talked about doing, or tried in small pilots, but never did on a large scale. Why? Because the ideas of trying to charge someone twice for the same service, isn't appealing in America with lots of competition.

So since the far left's horror stories about what might happen, have never really happened in the real world (in America). We're debating reality versus their science fiction, and they keep trying to get us to ignore reality.

Which is why I think individual anti-competitive behaviors, those are best handled through the FTC and their process, than the FCC getting to control every aspect of our lives and make shit up as they go (as the Obama admin tried). You regulate problems that exist, not for everything the biggest activist can imagine as a rationalization for turning us into a police state. 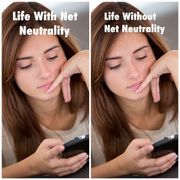 Those with big-goverrnment tourette's want to see regulation as the cure to all evils (even poorly written, poorly enforced). Which is why they were fans of Net Neutrality for 20 years before there was any problem or need for it. But the progressives and politicians will claim that we need their protection racket: nationalize our communications in the name of protecting us from evil free enterprise and competition, wrapped in the false flag of "neutrality"... as if politicians are neutral, and not pawns of their biggest donors/constituencies, and as if we need their censorship and taxes to protect us from the injustices caused by liberty and tolerance.

Even "Net Neutrality"'s etymology comes from:

Thus the word fragments together means: tangling your information in a colossal web of taxation and castration. So don't be surprised by the results, it was in the definition all along.