Think of the internet as "the net of 1,000 lies". This is a bastion of free speech. But never forget that free does not always mean "correct"! Sometimes you get what you pay for. So trust, but verify. Heck, that's good enough advice to use it every day -- the same applies to teachers in school, and textbooks, certainly politicians, and so on. In the end, skepticism is Science and Critical thinking -- it doesn't matter what the consensus says, or any one article, it matters what you can prove to be true or false. Trust at your own peril.

This site is a collection of my opinions. I am a professional in computers with 40+ years of experience, and I feel that my opinions are founded in facts, and I will try to support my opinions -- but never forget that any cretin with a computer can create a web page. I, or anyone else, could be lying to you and misrepresenting our own credentials. Any prepubescent teen can try to pass themselves off as a Doctor, Teacher or a Researcher. Some can even try to pass themselves off as experienced technologists, or journalists, so be careful.

I'd say trust the writers only as much as you trust the brand of site they're on.... but that doesn't bode well for me, since you don't know my brand (and I think I'm honest and informed). And places like the NYT or CNN have long proven that you can't trust them: they've had some horrible scandals with writers, bad stories, disinformation -- or tactics like page 1 click-bait, and page 5 retractions. So skepticism isn't just for the web, but it's especially for the web.

Remember, "Everything may not be what is seems". A healthy amount of skepticism will serve you well in life. This applies not just to the Internet, but Newspapers, Television, other people, and the world at large. If something doesn't sound right, then check it out; I've found literally thousands of popular "beliefs" or published statements that were erroneous. Don't be afraid to doubt and research, and become more well read in the process. This includes anything on this site; if you don't believe it, do us both a favor and look it up -- and feel free to correct me if you find that I'm wrong. I put my views out there so others can challenge them and maybe teach me along the way. But I have done a lot of research, and been into computers forever; so while I am willing to listen and learn, I'm also willing to share my beliefs, and express why I believe things that I do, and hopefully this will teach others along the way.

This reminds me of a funny truism. Someone was challenging what I was saying by responding that they'd seen information that didn't agree with me in a popular trade, read it in the newspapers or seen it on television. I asked them if the press had ever been wrong in their areas of expertise. They responded, "Well, Yeah! All the time". So I asked them, "then why would you trust them blindly in my areas of expertise?". They were dumbfounded. I do not mind being challenged; but want to be challenged with facts and cogent arguments, not just 'but my friend or PC-World says'... 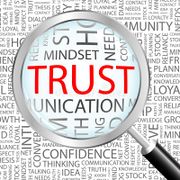 I think the errors and lies on the internet serve a purpose. They will teach people to be critical thinkers -- to challenge and question more -- to check things out -- to think! We have to break out of the herd-following mentality. It is too easy to fall into ruts, and let others think for us. Don't do that! Question things. Verify. Challenge. Learn! THINK! And don't ever blinly trust what you hear or read -- especially on the internet.

I know this article (or many others) may seem ridiculously obvious -- but I've learned that is what is obvious to some may not be obvious to all; especially those who are not insiders or people whove been around. So I'll sometimes be "Master of the Obvious", for the sake of covering all the bases and maybe helping a few people out.

Networking : Bots, Crawlers and Spiders, oh my! • Cookies • EMail • Network Casting and Subnets • Web Basics • Web Search Basics • What is DNS? • What is a WebApp? •