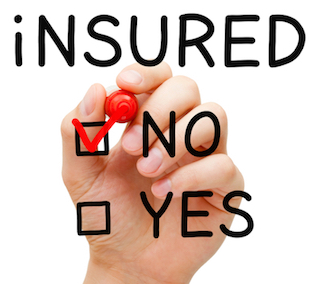 Those claiming 20 million more people are insured because of Obamacare (ACA) either don’t know what they’re talking about or are liars. No matter how you look at the numbers, it’s far less and far less than promised.

To quote the campaign promises for Obamacare, "I will sign a universal health care bill into law by the end of my first term as president that will cover every American and cut the cost of a typical family's premium by up to $2,500 a year”. We’re still 29 million Americans short or universal coverage, and instead of saving $2,500 the costs went up by over $5,500 per family. So it completely failed to live up to promises, but that’s a bigger discussion, the only nit I’m picking today, is with the number of people covered.

As soon as you go past the headlines and talking points, the flimflamming becomes obvious. We were at 14.6% uninsured before the recession and roughly at a 15% uninsured rate (or about 46.3 million people) ever since 1990’s or even 1970’s. And today that rate dropped to about 12%. Hey, 2.6% of 324 million, means 8.42 million more people are insured than would have been (and 29 million are still uninsured).

That means the ACA did almost 1/4th of what it promised (if you ignore that it jacked up costs for the rest). But nearly 10M less uninsured isn’t anything to scoff at. Yet that shows those claiming 20M covered (or 32M would lose coverage without it) are both fraudulent numbers that aren’t even close to reality. So I call bullshit on any organization that uses those numbers, and if you care about the truth, you should too.

Even the ≈10 million covered (+/- a few million), is something I’d tolerate (as an exaggeration), but that number is still cooked 3 ways:

(1) One way they cook the numbers is they don’t look at running averages (how were we before/after Obama’s terms)— they time their data from peak to valley to make them look bigger.

(2) Another way they cook the numbers is that they like to talk about how many “signed up” for coverage. But signing up is creating an account, not paying for it. When you look at enrolled, you find those numbers are about 20% lower. And when you look at how many enroll and then never pay, or enroll and cancel coverage after 3 months to avoid the tax penalty (but still count as “insured”), that number is even lower still. There’s really only about 4.7 million that have coverage through Obamacare (exchanges).

(3) And the last flimflam is the way we used to account for uninsured was changing the standards.

Here's some pre-ACA metrics (another way to compare the before/after numbers):

So the real numbers before ACA were between 5-8 million (non illegal aliens) that were truly long-term uninsured, not the 46 million scare number that was often reported. There's no way you can reasonable get 20M people covered under ACA, when there was only about 8M chronically uninsured people to start with. If you start with the same accounting, you find that the 5-8M uninsured baseline from before, hasn't really changed at all -- just the accounting has.

More than just changing terminology and compliance, we reduced coverage in other ways. Remember, insurance is about total liabilities on the books (how much you have to pay if you're sick). Since our premiums went up, and deductibles doubled, and services/coverage/features for most Americans actually decreased, and many shifted from superior group/private plans to inferior and more expensive public ones (under ACA), it means that group coverage has gotten worse. More people will owe more when they're healthy and they get sick, than before. While the quality of coverage actually dropped since Obamacare. That's what victory looks like to progressives: lower the quality, but make it equally low for everyone (while demanding they pay different prices for it).

This study starts with a slightly larger 14 million “newly insured” number (using the census bureau data): but remember the census number doesn’t correct for things like changes in terminology/measurements, or that we were coming off a major recession and many of those newly insured were just part of a normal recovery cycle (with or without the ACA). Being generous we’re back to around 6-8 million newly insured. Being honest, ACA was responsible for only 2.8M, and the medicare expansion was all the rest. It also showed that the rate of growth has cooled, and could start declining (as rates are going up and choices for ACA coverage are going down).

What the study also shows is who/how:

The point is NOT go team red, team blue sucks, or anything so pedestrian as that. (I have no idea if the Republicans will do better or not. But it would be hard for them to do worse). And I don’t care if you like or hate ACA. I just want people to start from a point of truth (not propaganda). And 20 million more people covered is not something that resembles the truth, if you know what you’re talking about.

When you look at before and after ACA, the numbers are NOT the 47 million new people covered that was promised. Being generous but honest, it’s closer to 10 million, and if you really want to pick apart how many people are covered now that wouldn’t have been covered (if you had done nothing) — it’s about half that. And if you wanted to look at how much was ACA versus the medicaid expansion, it was only 2.8 million. That is if the whole system doesn’t collapse on itself due to all the sick people jumping on, and all the healthy people jumping off (we’re not sure if it’s going to survive or become so unaffordable that everyone just pays the penalty instead).

This also brings the question of who is insured. What we see in these trends is that many workers lost their insurance because of Obamacare, and they were forced to pick up private insurance to make up the gap. Hundreds of thousands of jobs were lost because of burdens put on small businesses by the ACA. And lots more were added to medicaid expansion. Which you could have done without forcing everyone else to see huge hikes in their insurance coverage through some weird ponzi-scam pyramid-wealth-redistribution-scheme where the middle class are forced to subsidize the non-working or working poor.

Even the 10 million covered is a pyrrhic victory when you can do math. Remember it’s costing ≈$200B/year (or $2T/decade) to cover them. That’s $20,000/year for each new person insured. That’s pretty fucking expensive health insurance. It just wasn’t that attractive a system, and adds trillions to the national debt, all to hurt working folks, to try to implement a wealth redistribution system, instead of a health-insurance program. But the important thing is like I said at the start, if anyone starts by saying 20 million more insured, you know they’re either an idiot or a liar.