Obamacare is a Republican Idea 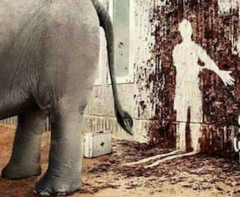 There’s an oft repeated lie, that the Affordable Care Act (ACA / Obamacare) was modeled after a Republican plan. People that say this are either liars, DNC mouthpieces, or people completely unaware of the actual facts and are just repeating what they’ve been told by DNC mouthpieces. This debunks that tripe.

Sometimes they’ll throw in some Marxist Gish Gallop blather like the choice was socialized single-payer or ACA, but they decided to compromise, then usually a bunch of blah-blah about how the problem with ACA is that there’s profit in the system, and that's why it's failing (the insurance companies), or some other blather alternative universes history. All to distract and change the subject away from some other topic that they're losing. And that's key. 99% of the time this topic comes up, it's the dishonest trying to throw out a red ball to distract the gullible away from whatever point they just lost about the ACA, or some truth their little dishonest brains want to run away from as fast as their little lying fingers will take them.

Similarities: The Heritage Plan, from 1989, had purchasing pools and a mandate and a ban on denying coverage based on a pre-existing conditions. But Heritage had revised away from all of those by 1993. None of the other objectives, means are goals were the same. In fact, their primary premise, and the major means for getting there were nearly directly opposite.

There's a reason that Republicans didn't vote at all for the plan they supposedly created: their goals and implementation weren't at all alike.

The ACA took one concept that one right leaning think tank had discussed decades earlier, and used it for a different purpose/intent. Instead of honestly trying to give control back to consumers (and carry insurance with them), they said, let's use that as the basis of wealth redistribution. They didn't reach across the aisle in any way, didn't ask for republican input (and locked them out of the room, and blocked 14 bills from coming up for a vote), then Obama lied about what it would do, and how it would do it (including the lie of the year). That might be what reaching across the aisle looks like to a polemic, but not to a sane person.

If this gave Republican voters what the heritage plan was trying to solve: more liberty, simpler government, better cost controls, then the Republicans would have been idiots not to vote for it. They didn't vote for it, and the consequences was them taking over State and Federal government ever since. Saying that Republican voters were smart enough to recognize the ACA as NOT solving the Heritage Plan's goals. While the Democrats who think they're the same, have been hammered in elections ever since. Proving their constituency is not as gullible as their party leadership had hoped. (Or the opposite would have happened).