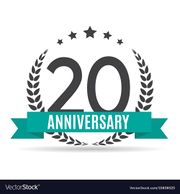 The media claimed last week was the 20 years anniversary of the "PC", and it was, if you think the IBM PC was the beginning of the computer or personal computer revolution. But of course it wasn't.

In the early 70's, there were a few kit computers (the first was the MITS Altair 8800). Many of these kits started to run an Operating System called CP/M (Control Program for Microcomputers), which was created by Gary Kildall of Digital Research.

In the mid 70's, Apple Computer was one of the first companies to create a pre-built all-in-one computer that could connect to your TV, and people could use right out of the box. Apple and others coined it a "Personal Computer" or PC for short, since most computers were large and expensive things for institutions (like Universities or large businesses), but these computers could be owned by people.

During the late 70's many companies created PC's; Atari, Tandy, TI, Commodore, and other. All did some things better than the rest, and each dug out a niche for their machines. The problem was that the niches they were digging out was starting to effect IBM's sales. IBM made bigger computers (mainframes), and they didn't like the competition. So IBM created a rogue group, to make one of these "little" computers.

The goal was to create something, very quickly, that wasn't particularly good - because they didn't want it to eat into their mainframe and mini-computer sales. But it had to be good enough to sell. They slapped together the IBM-PC with off-the-shelf parts.

IBM was looking for a Microprocessor. Motorola made much better chips, as did Texas Instruments, National Semiconductor, Zilog as well as others, but Intel would allow IBM to buy a piece of them and the processor was not too threatening to IBM's bigger hardware. So IBM chose the Intel 8088.

IBM needed an Operating System for their PC, and because of time considerations and problems with federal government (for violating the anti-trust laws), they wanted to be more open and license it from someone else. IBM chose Microsoft to supply the OS, which didn't even have an Operating System at that point, at least partly because of contact between Bill Gates mother, and the head of IBM at the time. Microsoft remedied not actually having what they were promising IBM, by quickly buying an Operating System off of another company (Seattle Computing). That the OS they bought was really just a bad rip-off of CP/M was no concern - this became MS-DOS (or IBM-DOS as it was known back then).

The first IBM-PC's were 4.77 MHz, were 8/16 bit, and were woefully underpowered, and not very good compared to all the competitor's hardware on the market at the time. But they had one big advantage - I.B.M. There was a saying that no one got fired for buying IBM, and a company with that many billions of dollars couldn't be wrong. The IBM-PC's became an instant standard. So much so that even the generic name "Personal Computer" was ursurped and became used for IBM-PC's and not all PC's.

The real future of personal computing was cemented when Compaq (and some others) were able to reverse engineer (legalese for reinvent or copy) the BIOS (low level parts) of the IBM-PC, so they could make a completely compatible PC of their own. After that happened, there were quickly dozens of IBM-Compatible PC's, and the rest of the market crumbled. With everyone making IBM-Compatible PC's, most of the real competition in Microcomputer design evaporated - as did most of the other companies. The industry collapsed into only a few different machines, and to this day the choices are mostly between flavors of vanilla (or which version of an IBM PC compatible that people will buy).

Ironically, IBM lost control as well. They tried to improve the design of the PC a few years later with the PS/2 (second generation PC) and OS/2 (second generation OS). While both were significant improvement over the PC, no one cared. The market chose cheap over good, and popular over superior.