Trump withdrew from Obama's non-binding agreement (either that unconstitutional treaty). And agreed to consider future ones, if there's a better deal. This was because anyone that glanced at it, knew it wasn't a good deal or about climate but wealth redistribution (from America and American businesses/jobs). And of course the left/media that disliked it under Obama, suddenly loves it, lies to its base about what it means, and their followers are in hysterics about something that did no good, a lot of bad, and since they can't argue on the merits, they use fallacies and lies to tell each other about what a big deal this is. This article covers the details. 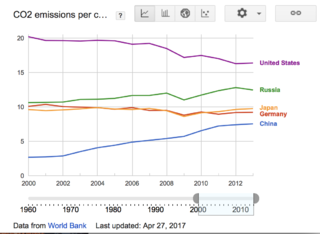 Remember, this has nothing to do with the environment. We know this because PCA does virtually nothing to slow global warming in any materially way. It does a lot to redistribute wealth (the stated objective of the IPCC and others). And UN Climate Economist admitted it already: it's about wealth redistribution.[6] So the folks that fly to events like this on private jets, aren't angry about Climate, they're angry because Trump and the U.S. still opts out of their wealth redistribution guilt trips, or not being willing to give up our sovereignty and national interests to false flag efforts of "Environmentalism". They're mad because there's still non-gullible, skeptical thinkers left, after generations of attempted indoctrination.

What do we know?

If the left had the facts on their side, they'd lay out their arguments clearly and logically. Instead they used logical fallacies. That shows either: (a) they're all idiots (that don't know how to discuss the facts), or (b) they're smart, and know that since the facts aren't on their side, they'll use the arguments of emotion hoping their base isn't wise/logical enough to see through it:

And other emotional distractions. Those aren't the arguments of those that care about the environment or the science. If they cared, they'd lay out the costs of the accord, and the benefits, like the President did, and just show why people should care.

How useless was it? 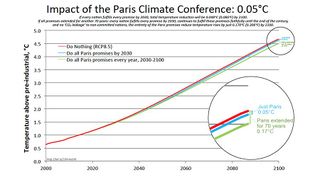 It was a non non-binding, unenforceable agreement that did nothing for the environment.

If every country had followed the agreement to the letter (something that wasn't going to happen, since there was no auditing, enforcement or consequences), it still wouldn't have made any measurable difference. We're talking .05°'s less warming, on 4° of total warming.[8] (And rounding is .1°, so the positive difference is below the rounding error). And that's a BEST CASE scenario.

Whether you agree with AGW or not, just look at the facts/fairness:

So if it wasn't about the environment, and wasn't fair, what was it about?

INdustry Leaders 99% of the theoretical warming

This treaty does not have any significant climate impact even if ratified and complied with 100%. The chief climate economist of the United Nations acknowledged that this has very little to do with the environment. He said that they are de facto redistributing the worlds' wealth via climate policy. The EU Climate Minister said publicly that it's about "leveling the playing field." The fact is, the more wealthy people there are the cleaner our environment is. Wealthy folks have enough disposable income to worry about it. In 1990, America represented 24% of the world's total pollution. As of 2016 we produce just 16%. That's attributable to frakking and natural gas. The cost of solar is rapidly declining and is actually cheaper than natural gas and electricity and coal in some precincts. According to Christopher Horner just now on Fox News, fuel poverty (as it's called in England) is causing tens of thousands of premature deaths in England alone.

If Donald Trump found the cure to cancer, these FakeNews outlets would complain about how he put Hospitals and Healthcare workers out of jobs.

There was screaming about how we needed to sign the Paris Climate Accord, or how removing ourselves from it was the end of humanity. The facts are: