California was one of only 10 "May-issue" Conceal and Carry permits states (as opposed to "Shall-Issue"). Which means they can choose to use the "good cause" to set impossible standards that no one other than the politically connected or big police donors, to meet the standards -- thus they violate the intent of the law that is supposed to allow C&C permits (not deny them). Stacked on top of California not having open carry, it means that you have a right to have a gun, you just can't ever take it anywhere in California. And it's been ruled before that such restrictions violate the people's Second Amendment rights. The State's then A.G. (Kamala Harris) doesn't care about victims lives as much as her political career: and she had armed security guards, so that's all that mattered. 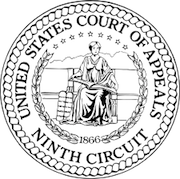 Conceal and Carry in California

All 50 states allow Conceal and Carry permits for guns(1). Illinois was the last hold-out, with a long-standing ban on concealed weapons -- but their ban was overturned in a federal appeals court, on Constitutional grounds, and finally had to capitulate to the Constitution in 2013. After decades of having some of the most violence and highest murder rate cities in the nation (Chicago), that anti-gun folks predicted that allowing citizens to defend themselves (and carry weapons) would result in a blood bath -- the results were predictable based on behaviors in other states: within 6 months their murder rate hit a 56 year low, burglaries, auto theft and robberies are down by 20%, 26%, and 20% respectively (2). Without a single tactic change they can point to, the Chicago Police tried to take credit for the sudden results. But this is the exact same effect seen in other places like 2008 in Washington D.C. (3) when they too were forced by the Supreme Court to respect citizens rights to guns (in D.C. v. Heller) -- they predicted a bloodbath, but saw a drop in murder rates 2 1/2 times the national average. The media ignored the story.

There are 3 categories of permitting:

California was one of only 10 "May-issue" states, and was widely known to be assholes about it (one of the least compliant with the Constitution). Rural counties would respect the law and issue permits, but L.A. and Bay Area would use a "good cause" clause, to be impossibly high. Thus it was near impossible to get one (issuing only a handful a year), unless large donations to "Fraternal Orders of the Police" funds were paid, and even then, it was iffy. It was widely known this lead to deaths of some who were killed by stalkers and abusive partners while waiting for such permits, but the State's A.G. Kamala Harris didn't care about their lives as much as her political career: and she had armed security guards, so that's all that mattered.

So Peruta sued the state claiming that their restrictive standards was violating the 2nd Amendment. And the 9th Circuit ruled that San Diego County's restrictive policy resulted in the destruction of the typical law-abiding, responsible citizen's right to bear arms, thereby violating the Second Amendment of the United States Constitution. (This fit with prior Supreme Court rulings). The results being that California would have to become a Shall-Issue state. (Which means the state needs to show just cause why someone shouldn't be allowed a gun permit, instead of where someone has to prove, compared to some arbitrary standard, that they need a gun permit in order to get one.

Around this time, I went to a G2SAC meeting (The Golden State Second Amendment Council), because one of the lawyers (Don Kilmer) that supported the case (and a couple of other pending ones), was going to be there and talk about the case and what it means.

I was worried it would be a few toothless militia men in a room, all talking about evil government, and/or some dry lawyer babbling on about some gibberish. Instead it was about 200 very civilized and educated people (packed large room), all with a cross section of jobs. (I sat with a couple of ex-Apple folks). And we listened to this lawyer explain the nuances of case law, and what it meant, and take questions (including mine) in a fascinating discussion.

Normally, the person impacted (San Diego Sherif) is the one that can appeal to a full 9th Circuit of 11 judges (en banc review of the ruling), if they feel they have a case of have been wronged. But they declined: recognizing the law, and accepting that any more stalling would be a waste of time.

But an hour or two before the meeting, Kamala Harris (California State Attorney General) had filed a petition to fight the ruling -- which is an appeal to let the State take over the case for the Sherif that no longer cares, and then take it to en banc itself. Out of respect for the State Office, the 9th circuit said that they'll agree to let her hijack the case, and hear the state's appeals to why the Constitution shouldn't apply to Californians.

All the odds are against Kamala winning, and she knows it. But she's just being an obstructionist. It took from 2014.02.21 until 2015.06.16 for the 9th Circuit to hear the case full en banc -- so Kamala "won" in that she got many more Californians denied of their constitutional rights for another year and a half. And at the end of 2015, a decision still hasn't come down. (Probably one or two sympathetic judges on the court, stalling this out for as long as they can). But Kamala is just stalling for as long as she can, even knowing she will eventually lose. But it's not her money, or civil rights she's stepping on. And she has armed security, so screw everyone else.

The lawyer explained that sometimes the process is the punishment. He's has taken dozens of cases where a home-owner did something legal and moral, but was punished for it. For example, a thug kicked in a guys door to do a home invasion, and the home-owner pulled a gun and fired it in the air, and the thug ran off. Then the thug or someone else, reported the gun shot to the police, and the D.A. then goes after the gun owner for brandishing or firing a gun within city limits, or firing it recklessly. (If the guy had shot the attacker, he'd have been justified. But by just trying to scare the intruder off, he proved that he didn't feel his life was in danger, thus the shooting was reckless).

It doesn't matter that the victim (the home/gun owner) was 100% in the right, and that the D.A. will ultimately lose. It isn't his money. The D.A. will make the home-owner defend himself in court, which usually costs him like $50-70K to get a lawyer, who has to do all the work to prepare for the case, depose people, and prepare. Then the day of the trial, after all the money is spend, the D.A. will say, "we'll take a plea bargain down to disturbing the peace" -- and the victim will take the deal (because it's not worth the risk of going to prison, for something he was 100% right on). The D.A. never gets a loss recorded, so "wins". And only the defendant loses. This is how justice rolls in California: fuck the little guy.

That's what Kamala is doing. She's wasting a ton of the court and state's time and money, in order to try to delay having to accept that the Constitution applies to her state.

It doesn't matter if she wins or loses ultimately, because it's not her money, and she gets to harass and delay the legal gun owners, from being able to exercise their constitutional right. So for her, that's a win. It's only the rest of us mere peons that lose. And people wonder why the most informed, trust out government officials the least. It's because they waste our money and time, on fights like this, and abusing their power and their oath of offices.

What happened is they let Kamala Harris (now the foulest Senator in the land, since Harry Reid retired), was allowed to take a case (that she shouldn't have had standing over) to en banc 9th circus, where the full panel decided to overturn the 3 judge panel (which is rare). On January 12, 2017 it was appealed to the Supreme Court, where it will probably win (if heard), especially now thanks to 1 or 2 more Constitutional Judges installed on the Supreme Court.