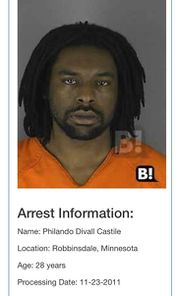 I'm NOT saying that we should jump to conclusions, either way. Don't assume robbery suspects and their families always tell the truth. Nor that the cops don't make mistakes. You have to avoid jumping to conclusions, and give both the stink test. (Which seems more plausible).

Even then, assuming either the cops are always wrong, or assuming the cops are always right, equally reflect only the bias of the viewer. Thus, we should wait and see. Not demand action based on unreliable testimony from either side. That's not what the race hucksters and activists did. Don't get the facts: react!

The cop is being charged with manslaughter -- most of these cases are ruled not-guilty. Mostly because the bar is still pretty high to convict, but the racists will claim it's because the jury's are all racists. We'll have to wait and see what really happens, and what evidence there is. But now that the harm has been done, many are convinced there's an epidemic. The media will lose interest, especially if it turns out the cop is let off for justifiable reasons that they never bothered to share with the public.