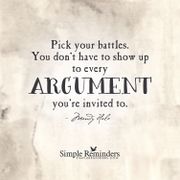 I don’t think some people get it: if you keep alienating your customers, maybe they'll go away. That's great for people who hate people, but it's not good business practices.

When you politicize what’s supposed to be mindless escapism, or you're listening to a CEO talk about his products and instead they give you a lecture on their political agendas, you are likely to alienate half your potential audience on the other side of the issue. Then you alienate those who don’t want to politicize everything. Then you alienate those who oppose bad and boring: 40 testimonials about the same side of every issue, is boring, and nothing is more bad and boring than a bunch of sanctimonious hypocrites lecturing us on topics they don’t understand. So there's no upsides.

As an investor, I'd rather the CEO's and entertainers, did not pick fights they don't need to (and hurt their reputation with their customers). Yes, you can inflame the passions of a subset of your market in the short term... but they'll soon forget, and if you alienated a longer section of your market, longer term, that's not a net win for anyone. And if you're a hypocrite, and everyone is (to a point), it'll come back and bite you and just get both sides to dig in more, and resent each other. So they're not helping, they're actually making things worse and more polarized.

I’m hoping the next generation is learning the lessons offered from the current one, and the pendulum will swing back. Pick as few fights as you can, and focus on what people are watching you for -- and if you're not a politician, that's not politic.

Hollywood celebrities that are seeing their attendance and incomes impacted by their abrasive advocacy, including:

Many shows are seeing it. A full length movie is 90-120 pages of text (far less than the average book), and the information density is lower than an average book page. So how deep can you get? You only get to tell a simple story, and everything you keep in, is at the cost of something else. So what they leave in is a strong signal of either what is fundamental to the story, or when that's not the case, what is the agenda or biases of the producers/writers and they want to sell you on. But if that crosses political boundaries, many times they're alienating large segments of their audience at the same time they are encouraging others. But if you keep doing that, both sides decide they're tired of being lectured to, and your marketshare (audience attendance) crashes.

Awards shows are an example of that. In 30 second blurbs they can only repeat the same hyper simplified memes (boring), and for there to be drama, there needs to be a risk of someone saying something unpredictable (pro-right-wing, or challenging the herd). Since Hollywood won't tolerate dissent, they make these shows worse every year. If you’re a sheltered entertainer, often the right decision is, “Not my circus, not my monkeys”. Dance, joke and sing silly minstrels... but if your act is preaching blather, then the channel changer will activate. 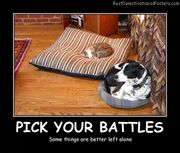 So what did we learn?I learned to avoid making non-political things into things that will alienate many of my customers. But I'm not the problem. Now we wait to see how long it takes "them" to learn those lesson. Since the masturbatory and self important baby-boomers, it seems that learning proffered lessons is something that they are particularly not good at absorbing... and successive generations are proving little better.