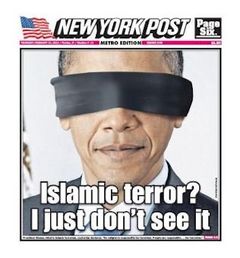 Radical Islamic Terrorism is a phrase that many on the left can't seem to speak. Obama couldn't even use it, when someone would shoot up a gay bar or shooting up a community center while yelling Allahu Akbar, or telling the cops they were doing this of Islam. The dimwitted myopia of over-sensitivity doesn't help, it polarizes.

My Dad is a Muslim (Sufi), I'm an atheist that was raised between catholic and christian. I'm no expert on Islam, but I have a familiarity with it more than most non Muslim Americans. I'm no Islamaphobe, nor do I want to see Muslims persecuted in any way. But the first step to ending backlash against them, is to admit the real problems that exist, and figuring out what risks we'll take to be good people, and what we'll do to rectify some of the problems. As long as some are denying there's a problem, no progress can be made and things will likely only get worse. 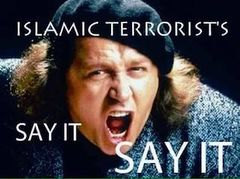 If you can't admit these truths (we can debate about the exact percentages, just not that they're actual problems), then you're not up for having an adult conversation on the topic:

Those views aren't just cultural differences, they're incompatible with Western or American values. They're things that can tear countries apart. So they're not just minor quirks. 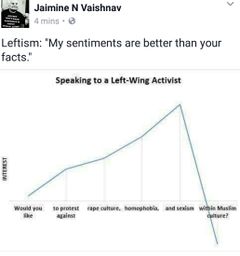 This does not mean that everyone bad is a Muslim, there are plenty of bad people who are atheists, Christians, Jews, and other. But denying there's a problem with Islam and it's correlation to violence and terror, means you're either fucking clueless, or a liar.

Problem or No Problem 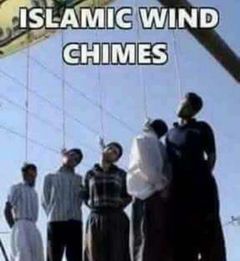 This is of course overstated for effect... there's some small problems with any cultural differences. And there's fewer problems if groups are alike. And there are some places where Muslims are fine living with others... usually if they're the minority of the population and not running things, or if they're such a majority that the others are completely subjugated and no to remain quiet for fear of imprisonment or violence. But it is loosely true that when Muslims control things, they are often intolerant towards other cultures -- even when it's Suni/Shia factioning, or either of those against any other variant or religion.

Where are Mulsims Happy? 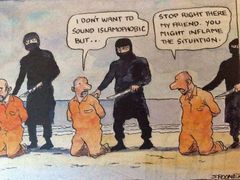 And who do they blame? Not Islam... Not their leadership... Not themselves... THEY BLAME THE COUNTRIES THEY ARE HAPPY IN!! And they want to change the countries they're happy in, to be like the countries they came from where they were unhappy and finally they will be get hammered!!!! 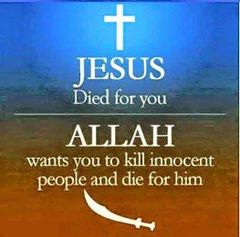 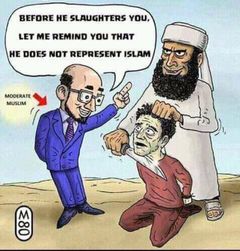 The point isn't that all Muslim's are bad. And there's plenty of retarded and intolerant stuff in the Bible/Torah... most of Leviticus is barbaric stupidity, if you ask me. But in the end, too fundamentalist (and literalist) versions of Christians/Jews can be a bit dangerous and intolerant. Yet, percentage wise, there's very few of them -- and there's tons of places in the Bible (especially New Testament) where they preach love, tolerance, and to forget that old style bullshit, because the blood of Christ washed our sins away and means you don't have to follow those rules. So most Christians, even devout ones, don't feel they need to cast women out when they're on their periods -- or that they should kill people who violate doctrine.

Islam has more problems not because people aren't true Muslims (which is what they try to claim about Islamic Terrorists), they have problems because they ARE devout Muslims and are just being literalists. That doesn't mean all devout Mulsims are terrorists and intolerant towards other religions/people... they, like all religions. are just picking which parts of the Koran they want to pay attention to. And they're just ignoring some 7th century retarded shit that got added in there, or focusing more on other parts. Which is fine and good, and I celebrate those folks.... and they're probably the majority of people that leave the middle east. But you still get back to basics.

There are more fundamentalists Muslims than Christians and Jews combined. And Islam has more nasty bits in it: it is easier to pervert or selectively interpret for violence -- or at least we can admit it is done so more often. The same with the middle-east versus the rest of the world. Europe has plenty of tribalistic bigots. The Middle East has more, and it is more accepted. When you combine those two, you end up with more violence, intolerance, bigotry, and things that are diametrically opposed to our cultural values. So filtering to make sure we're getting more of the good ones, than bad ones, is NOT a bad thing. In fact, it's retarded not to accept reality and adapt to it.

I have full faith that Islam will progress, just like other religions. And they will get better over time as they mix with the rest of the world. But they started more violent and tribalistic, and seemed to have progressed slower than the other cultures of the world, because of it. So they're both getting better, and still falling behind. I'm hoping that the seeds of Westernism can get purchase, and spread quickly, so that we can live with one-another. However, until that happens, we should try to filter good muslims from bad, and some realistic scrutiny is bigoted -- but it's better than the alternative (naiveté, backlash, instability, and violence).