Russian Spies in the McCarthy Era 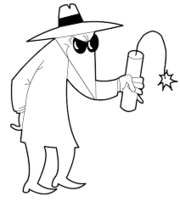 Here are just a few of the folks either being operatives for the Russian government, or at least belonging to groups affiliated and helping them. Tydings 9, Amerasia, Rosenberg spy ring, Army Signal Corps Intelligence Agency (SCIA), and more. Instead of this being an invention of McCarthy's imagination, it turns out virtually all of the people on his lists were put on them by professional intelligence agents, and were suspected for very valid reasons. If not of being spies, of certainly being friends to many people who were later exposed as spies.

Treasury combine - many were paid spies, some "useful idiots"