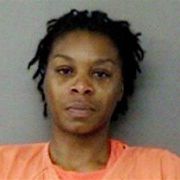 Media meme: innocent black girl, pulled over for a minor traffic violation by a white cop, gets arrested and dies in jail: but conspiracy rumors abound that she was dead before ever getting to jail and it was all a giant cover-up.

Truth: obnoxious activist (part of black lives matter hate group), had at least ten prior encounters with police in Illinois and Texas (and open fines of $7,500), and a history of mental health issues (depression), gets pulled over for a minor violation by a Hispanic officer (and is issued a ticket) and makes a huge deal out of it (being bitchy, filming the cop, not following officers directions and so on). This escalates minor traffic ticket into an arrest, that she resists, and her friends and family don't post the $500 bail (after multiple attempts) for 3 days (probably they were sick of her too). She hangs herself in her cell. Cops release videos of her from the 3 days she was in prison to quell the conspiracy theorists.

There's an ongoing investigation for why she wasn't put on suicide watch, and whether she really deserved to be brought in for contempt of cop (being obnoxious) -- but a word to the wise, if you're a repeat felon activist in Texas, and you get lippy and cop attitude with a local constable, you're likely to have your lilly-white/latino/asian ass thrown in jail overnight too -- thus there's never been any evidence that this had anything to do with race by anyone but the activists complaining about it.