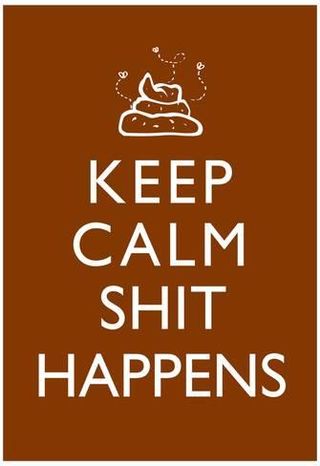 Shit Happens: a phrase as old as I am.... using humor to understand the truth. The following table about religious truths is a a humorous poke at the religions of the world. However, even though it is humor, it has deeper meanings and leads to deeper understanding.

How does shit happen?

The primary difference among these views is their perception, not the reality. We all perceive the same thing "Shit Happens" in our own way. "Shit happens" then becomes a universal truth, and everything else is just the way we express it. 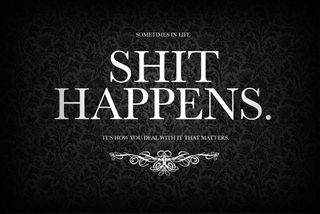 Or to put it another way:

Know what you are; and try to understand the others point of views.