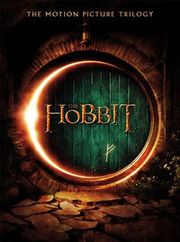 I won't say I hated these films, but I'll never watch another thing by Peter Jackson. This was a simple one movie story... that could have been dragged into 2 movies, kicking and screaming, with enough filler. So they did at as a monotonous Trilogy instead. Worst of all, I went into it not knowing that. Frankly, you could throw away the first two, just watch the 3rd and get the gist.... or someone could splice/edit the shit out of it, and make a pretty good 2 hour movie out of it. But 474 minutes of travel saga is about 354 minutes too damn long. It comes off as a regurgitated rehash of Lord of the Rings.

I went to see the Hobbit: An unexpected Journey. I'd expected to see one of Tolkien's smaller books and simpler stories turned into a nice little action movie. Bilbo Baggins meets some dwarfs, gets dragged out of his comfort zone, and takes on a Dragon (as a little chickenshit thief with a ring of invisibility). Not a complex story, and I'd liked the undertones which seemed to be Tolkien's experiences in WWII, and showing how the British (Hobbits) weren't empire builders any more, but could still do extraordinary things when forced by circumstance.

They had filmed the movie at high frame rates (48fps/Frames per second which was double normal 24fps), and 3D.... and IMAX. So while I was somewhat interested in the movie, I was also somewhat interested in what these formats did to a movie. So I walked across the street from my work, and caught it in IMAX figuring I'd see the ultimate in movie experiences 3D/IMAX at 48fps. Yeah, it turns out that those were mutually exclusive -- IMAX or 3D or High Frame Rate, not all of them in the same theater. I got IMAX and not the 3D or High Frame Rate version. Well that was a let down.

I saw the IMAX version and it sucked. Not a little, but sucked hard. To do an IMAX movie (with a big wrap-around screen) right, you need to film everything like you're further away. If you take a normal shot movie, and throw it in IMAX, you end up feeling like you're just in the first row at the drive-in. Everything is too close, you have to look left and right and up and down. It's like watching TV with your nose against the glass. And with Peter Jackson's jitter-cam action scenes, it made me nauseous. And I never got to see it in the other formats, because the first was bad enough that I had no interest.

Instead of a small book and simple story, I found out that it was the first of 3 movies, and the small book turned into 3 boring movies (despite alternating between frenetic action and hum-drug dialog while walking). I later caught the other two, just to be able to talk about them. But frankly, memories of them barely lasted past the parking lot.

It wasn't horrible. Each movie told a little tale that was vaguely related to the original book, with a lot of extra useless shit added. And it was entertaining and visual, but devoid of depth.

Usually, I'm complaining about the crap they pulled out of books, but this one was the opposite. But it also was kind of what Lucas did to ruin Star Wars -- it started added crazy muppet bunny-sleigh rides, and riding on birds, and shit that felt like nothing but pure merchandising and product placement. The whole thing had the feel of the Ewok Orgy at the end of Star Wars. So while the movies themselves were kind of OK paced, and not horrible at the time. A few years later, and I don't remember much about them except contempt for Peter Jackson for ruining an otherwise good story from my childhood, by turning it into a lousy trilogy in my adulthood.