This American Life: How I got into College 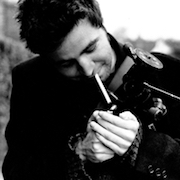 Fascinating story about perceptive differences, and tricks of memory, and how it colors our perception (historical reality). The interesting story starts at 13:30, I think it's about 45 minutes long. I wish they offered it for download. It's a bit about a person, his perception and how it varies from others perceptions (and which version he prefers). But it's wrapped up in a tale about an individual, growth experiences, and how what we filter, changes our realities. Definitely worth a listen.

A writer Michael Lewis tells the story of a man named Emir Kamenica, whose path to college started with fleeing the war in Bosnia and becoming a refugee in the United States. Then he had a stroke of luck: a student teacher read an essay he’d plagiarized, from a book he’d stolen from a library back in Bosnia, and was so impressed that she got him out of a bad high school and into a much better one. He went on to Harvard and great success. Years later, he tracks down the student teacher to thank her, only to find that she remembers the story differently.