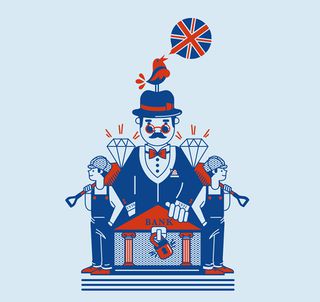 Nice theory. FDR tried it in the great depression (believing in his "brain trust"), and the results were extending the depression by a decade, and we have many more examples of the failures of planners to be more effective than the free market. So while it's a great theory, it has never actually worked in the real world. Keynes was a brilliant micro-economist, with delusions of being a macroeconomist, but his religion of collectivism (authoritarianism) got in the way of understanding human nature (how people and thus economies would react) or the nature of governments.

The "treasury view" is sort of semantic warfare (it means different things to the Keynesians versus the other economists). The general ideas of private/public funds and tradeoffs between private/government spending predates Hawtrey -- you can see it in writing by Adam Smith or John Locke or even Aristotle. Hawtrey’s position in 1925 “Public Expenditure and the Demand for Labour" was that public-works spending would not increase employment, because government spending generally crowds out the more efficient private sector for the same jobs/and investment money, so there's no real win to be had by public works projects. This idea was popularized when in his 1929 budget speech, Winston Churchill (Britain's Chancellor of the Exchequer: a fancy name for Finance Minister) explained, "The orthodox Treasury view ... is that when the Government borrow[s] in the money market it becomes a new competitor with industry and engrosses to itself resources which would otherwise have been employed by private enterprise, and in the process raises the rent of money to all who have need of it."

In other words, in general, the economy is a fixed pie (pool of money/resources), and the more the government spends of it, the less money for private investment there is (and the less the private sector will invest to try to compete with the government, in those areas). In economics, this is known as "duh!" -- and is obviously and demonstrably true.

Keynesians didn't like this, as it argued against their political agenda of planned economies spending other people's money. If you can't win an argument based on the facts/merits a common tack is to reduce to the absurd (reductio ad absurdum). Create a caricature of the opponents position and attack that. So they re-defined the meaning to be so literal and absolute, that it was technically false. And thus the common definition used by Keynesians is, ANY increase in government spending necessarily crowds out AN EQUAL AMOUNT of private spending or investment, and thus has NO NET IMPACT on economic activity.

In other words, Keynesians Treasury view is that since everything isn't perfectly efficient (it isn't) and instantaneous (it isn't), thus by their re-definition they claim the other side is wrong. And any lag/anticipation or under/over reactions proves it. All while burying the truth that in general, the idea is still completely valid and historically observable. Thus, Keynesians both mock the Keynesian Treasury View (as they define it) as imperfect, and yet they still agree with the general Treasury View (if you're using the looser / generalized definition). Making it near impossible to discuss this topic without a lot of confusion.

So in general, we all agree that Government spending crowds out private sector doing the same job. And that since the private sector is almost always more efficient than government at the same take, this is a net economic loss. Even Keynes agreed with that.

However, since there was more wiggle room and nuance, he argued that the economic pie isn't perfectly fixed -- government can borrow (spend) to stimulate things in down-turns (and pay back in upturns to cool things off). To Keynes, the problem in a down economy was fear. Sometimes the private sector would over-react and over-cut (e.g. markets weren't perfectly efficient). In those cases (depression/recession) unemployment would spike, the cost of labor would crash, and while things would eventually recover to equilibrium, there was more harm in that down-spike than there needed to be, and thus there was an opportunity to make things better (more efficient).

So, his theory was that if in those down markets:

By doing this, he hypothesized that you could change a big economic dip into a smaller one. Thus he would smooth out the rough patches, and cool off the spikes, and make for a less cyclic economy.

Sadly, Keynes ideas have never worked in the real world, for a variety of reasons: like he's failing to understand how humans react to policies, or that governments/economies know where they are in a cycle and thus how to react, and they will always react rationally. But if it ever worked, it would be great.