When is there too much Government? 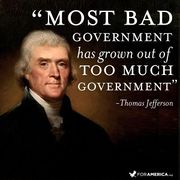 When is there too much Government? That depends on which side of the law you're on: the oppressor or the oppressed. If Government is stopping your neighbor from wood working at 3:00am, then it's great... if it's stopping you from finishing your hobby at that time, then it sucks.

The other day, I happened to visit a Military Base (Camp Pendelton) to do some trap shooting. I've visited quite a few military bases over the years, and what never ceases to amaze me is how they function without laws. Here is a city (or county) sized institution that is usually outside the laws of the state that they are in. How do they exist with so few laws? They have a small fraction of the laws of the state they exist in, yet they function amazingly well. Does this defy logic, or does our state laws and politicians?

California (my state) has many tens of thousands of laws -- probably literally hundreds of thousands of laws when you figure in all statutes, regulation, and the like. There are so many, that no one can count them all. I did search upon search for the actual number, but there were dozens of classifications of laws and regulations, each with thousands (or more) of individual items, and each item with many clauses and conditions. Lets just round it out to a bazillion laws or clauses. You can read Suffocating Liberty - the cost of red tape if you want to see how many laws/regulations there are at the Federal level.

You (and I, and every person in the world it seems) are guilty of some crime for violating some law! The state can come in and arrest you at any time under SOME statute. It is our responsibility to know every law and every clause -- even the lawyers (who spend their entire lives trying to learn all the intracacies still need many legal databases to figure out what the laws are on any given subject and deal with competing precidence) still they don't know them all themselves. Almost everything is illegal in some form, or at least every human being is guilty of at least one crime. Is the world a better place because of all these laws and issues where one person is trying to force another into doing something? Think about that. Seriously.

And it isn't like the majority of the laws serve a useful function. We have brilliant laws written by politicians to pretend they are doing something -- and the moronic masses buy in because "why not" it sounds good. We have many dumb laws -- that do occasionally get enforced by some enthusiastic cop, D.A. or Buerocrat in some nuciance attack -- so it isn't like you can just say that these laws aren't used. A lot of them are used -- to annoy, attack and selectively persecute (and prosecute) others. Is this what was meant by justice should be blind? Implying that it should be stupid as well? Just what we need is a bunch of moronic beurocrats outlawing gerbils and ferrets as pets -- what a great service to humanity.

For a while I was a major threat to society by owning a ferret -- and they are of course readily obtainable. Hell, I know of dozens of laws I've violated -- yet I'm a very honest and law-abiding citizen. Which brings me to the next major point -- bad laws don't do anything good. Am I (or the majority of society) going to pay attention to a bad law? The answer is NO! People are smart enough not to care and to live by their own common sense. So a bunch of idiots outlaw a ferret, and the masses ignore the law and skirt around it. The same with most laws they don't like. Heck, not only that, we have a social responsibility to violate bad laws and try to change them (called social protest). The solution is not to make more unenforcable laws -- but instead pick our laws wisely, and only as many laws as are necessary and enforcable.

What do you need another law for? We've got them coming out of our ears and rears! They aren't doing anything! Each and every new law is actually counter-productive. Each law dilutes the previous laws. Cops either pay attention to these stupid laws, which takes time away from enforcing real imporant laws (like murder, robbery or rape) -- or they ignore these dumb laws (as does the public) and society is taught more contempt for our system. This is a lose-lose situation. The only way we can win is to stop creating dumb laws -- and our politicians and media will be against that.

So if most new laws are bad why do we keep getting more laws? The answer is easy -- politicians, special interests, and naive (uneducated or just ignorant) voters.

Imagine you are a politician trying to get a name for yourself and get recognized and prove to the public that you are doing your job. Well your job is to legislate -- so you do so. You make some stupid and unneeded law so that you can get your name in the paper, and have a cause. They will make the law so obvious that no one can dispute it -- and it is easier to just agree than actually thinking! So we get special laws against things like "drive by shootings" or "road rage". Uh, excuse me, but shooting at someone is already a crime, as is having a loaded gun in a car, firing a gun from a car, firing a gun in city limits, assaulting someone, reckless endangerment and even owning a gun (by most of the people involved). Hitting someone because they cut you off may be more justifiable than punching someone because you don't like how they look or don't like their race? All these bad behaviors are already covered under assault and other laws anyway. There are hundreds of things these people can be charged with, so what do these law do but waste paper and time? The truth is obvious -- the only thing it does is gets the politicians face and name in the paper for pushing such a worthy cause and it gives the media something to talk about. Special interests get to fight to keep their names in the publics face, or the government gets to have some law that they can twist the meaning of (or argue over some complex clause) to charge people of things that weren't intended to be illegal. This is all stuff we should be fighting against, not for!

If reason had any say in the matter, politicians would be punished for writing any unneeded laws. In fact, I think that any politician that signs or supports a moronic law (any action that is already covered by another law) should be thrown out, and shown for the time and money wasting buffoon that they are. Let's start with Gray Davis (Governor of California), and only stop when we've thrown about 80% of the bumbs out (and scared the hell out of the rest)!. We should hold them accountable for their stupidity -- not all nod and think, "seat-belt laws, there's something the world can't live without!". 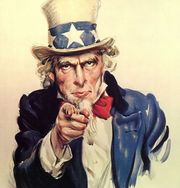 It is time to stop the insanity. We probably can't get the majority of politicians to behave like responsible human beings -- it just isn't in their nature. (The parable of the scorpion and the frog comes to mind). Oh, I know there are a few exceptions -- but I'm talking by and large. And educating the public is a Sisyphusian task. So what can we do? I say get them to pass one more law -- one that is so basic in common sense that no one will fight against it.

Here's the basics of the body of that law:

The most important part is that this law will get all future politicians, lawyers and special interests, to hunt down bad laws and get them off our books. They will still get their names in the paper and be able to legislate -- but only if they provide the service of eliminating bad laws. We don't need laws about no dirty underwear being hung from clotheslines on Sunday, or others like that -- so make the politicians work to eliminate them. The worst laws will go first -- because every politician will have to sell their "new" law against the effectiveness of another law. The public will win. After a few years many complex laws will be replaced with simpler and more effective ones. And stupid, narrow and specific laws (like drive-by shooting laws which say "don't shoot people from cars") will eventually die out in favor of much better and more broad laws that do a better job (like laws just saying, "don't shoot people").

Making the politicians ask the people to pass laws will elimate a lot of the stupid laws. Who wants to put up a really dumb law for a vote (and not look like the cretin they are)? Instead of just being the signer, they have to get the public to OK it.

Requiring more than a simple majority of support will protect individual freedoms by requiring a significant majority support -- not just skimming it through by a small margin. I don't think 51 voters to 49 means that it is a good law or needs to be legislation -- heck if you can't get like 3/4 of people behind it, then it probably doesn't need to be a law.

And most importantly there needs to be something that will kill the "omnibus", "try to do many things" kind of laws of pork-barrel law making. Require the laws to be on topic, one point/issue, and short enough to be common sense and effective. If it takes more than 2 pages to explain something, then it probably doesn't need to be a law.

So hopefully some people will chuckle at my simple solution to a complex problem and see the humor and truth in it. Politicians won't change until they are forced. So I propose we force them. It isn't like ONLY having the 50,000+ laws that we have on the books, will suddenly cause society to crumble because we will be unable to legislate bad behavior. I'm just trying to stop the entropy and dilution of the laws we have so far under the legislative flash-flood of sewage that are the gross majority of our newest laws!