Difference between revisions of "America: Imagine the World Without her (2014)" 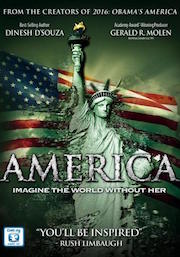