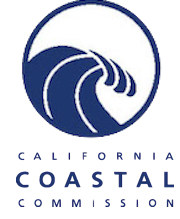 Who is the CCC (California Coastal Commission), and what do they do?

They were a bunch of community organizers, given control over the coastal development plans for 1,100 miles of beaches (and Islands), by voter initiative (prop 20) since 1972, with the mission, "To protect, conserve, restore, and enhance the environment of the California coastline". Or in other words, "to obstruct development, in order to extort developers, for as much as possible".

Now that's not all bad, or good. To me, it's about balances -- the problem is that agencies like this have few balances. As proven by how proud of what they have accomplished:

They sell those things proudly: but another way to think about the balances is, they charge the highest/hardest costs to turn under-utilized land, into something that returns value to the community (beyond scenery). Many developers give up, and go elsewhere: taking opportunities and tax revenues with them.

Balance would be the CCC get as much as possible from the developers, without losing the improvements: thus getting both the improvements they want (rewards) AND the development (reward). Imbalance is every time they push too far, so much that no one can afford to pay (no reward), thus we keep keep pristine coastline for no one but the seals to enjoy. So the first metric I cared about, and couldn’t find: what’s the ratio of attempted developments to successful ones? I couldn’t find that data, but the facts that they hide or don’t track that metric, is a big red flag to me: they don’t measure their success by how many developments go forward, but by how many they stop.

Their strategic plan and it should be, “to get this many development/improvements built, in trade for this much protection for public coastline” (or something more like that). All their plan goals seem to be about empowering the bureaucracy, not finding compromise to improve the state utilization (and tax revenue) from the land. Again, a smaller red flag, that they might not be weighting the public interest as high as their own political ones.

Since it's founding, they've stopped trillions of dollars in new developments or expansions from going in, and reading a few of their ex-members, they sound proud of it. And while there's no doubt that obstructing some projects is good, having talked with folks that dealt with them, my impression is they’re way more obnoxious than they need to be (they don’t pick battles well). Would you rather dilapidated million dollar shacks and underused coastline, and rotting highways for hundreds of miles between small towns that only rich people can afford: or a bustling coastline with some pretty expanses between bustling towns and cities near them that can utilize that beauty?

The commission gets little out of allowing development: because if it's not perfect (and anything goes wrong), they get the blame. And if everything goes right, the "crunchies" (granola eating watermelon environmentalists that hate humanity and all development) will still complain and make as much pain for them as possible. Since California is full of shallow thinking knee-jerk folks, that have theirs already, they don't mind artificial scarcity (by absurd standards obstructing others from getting a piece of the pie too) -- all that does is drive up the costs for everyone else (and thus the desirability of what they already have). It's an easy sell, for the greedy. But it's not only the developers that are greedy, it's the greed of the people already here: that got what they wanted, and now want to make it harder for others to get theirs.

Thus for the commission, the longer they stop/slow development, the more it looks like "they care". (The bigger the win, for them -- the bigger the loss for the community/state). In economics, this is called The Broken Window Fallacy. They get to dupe the gullible into comparing the visible gains (pretty pristine coastline/beaches, or no progress/development), to an intangible loss (billions of dollars in tax revenue, beautiful homes, many jobs, liberty/opportunity, and so on). Since the most vocal either don't think, or care, about the latter, or understand the lost opportunity costs of capital, and things like that, they see success as delay or obstruction.

Of course no one is arguing that all regulation is bad. Their original charter of a few regulations to control public access to the beaches, is wonderful. Or balancing development, with spaces of under-utilized public property, is fine and good. I fully support them in that endeavor. And I certainly don't like the idea of nothing but condo's and homes everywhere, and no public access beaches and so on. But we're well beyond that -- and there's a huge difference from some reasonable requirements for new development, and working to get good compromises (win-win), and what agencies like this usually do, which is obstruct reasonable improvements, and deter as much development (or more) than they ever allow. (Lose-lose). They’ve been around for 45 years, and they’re still trying to define their plans for what standards we should have for allowing development? Really? That should have been year 1 objectives. I expect to go there, and have a nice tracking list of what developments are being done state wide, what their support/opposition is, what the hold-ups are, and basic status (like how many projects go forward). Instead it’s like going to the California DMV, everything about furthering the bureaucracy, and not much on what I care about. This might be bias, but every time I work with California government, I’m so let down compared to those same services in other states.

Improvements add value, hence the name -- thus everyone that ever threw up their hands and walked away from improvements in California, is proof not of their success, but their failure: we could have got something, but we didn't. They complain about monied interests coming in and corrupting the system. But what is the system? The system is to turn rocky shoreline that few use regularly, into billions of dollars of homes and resources that return value to the state (especially in tax revenue, offshore oil leases, and the like). Instead we have hundreds of miles of coastline, that you have lousy access to, and is regulatory inhospitable to improvement. That's not balanced to me.

So despite the stories of the advocates about how evil the developers are for offering new parks and services in exchange for the rights to develop lands that they already paid for, a lot of their "champions of the people" story ring hollow (lack balance), since the people that would have enjoyed the new homes or developments (and the tax benefits those would have brought) will usually far exceed the benefits of the smug few that got to obstruct that development, for the sake of the seals.