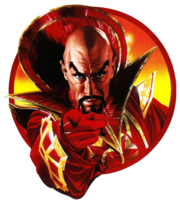 Since I hadn't failed at the bootstrap project, and had written the cross-communication stack, obviously they weren't challenging me enough. They decided that since I had excellent technical skills, they'd put me in charge of people. Why not? I was young, inexperienced, and had the diplomacy skills of Attila the Hun, which was actually an improvement over the prior team lead.

So now I was all of like 22 years old, a consultant, and in charge of a sub-project that was staffed with two senior employee engineers. To say they were both less than enthused with me being the solution to their problems, was an understatement. Luckily for me, I just sort of stumbled into success for that project; lead by example.

My "project" was to write the software so that a computer could test itself; INIT/BIT (Initialization and Built-In test). This part of the project was way screwed up and way behind schedule; it took me one meeting to figure out why.

There were two engineers who hated, nay DESPISED each other, on the project. One was Mihn. He was a Vietnamese engineer with a thick accent and a stammer, so communications with him weren't always easy. He was also the previous "team lead". The other was Hans. Hans was a quick-tempered German with a really thick accent. Their engineering styles were also direct opposite: Mihn being much more a self-taught seat-of-the-pants code first, design later kinda guy, and Klaus, more the buttoned up german process guy. Hans wasn't going to be bullied by some back waters tyrant, and Mihn was merciless (to play on the Flash Gordon theme) with the finger pointing and accusations. I succeeded by being the anti-Mihn.

At my first meeting with "my team", the two started arguing about something, and their thick accents descended to the unintelligible as tempers got going. They were both trying to decide what the other was doing; and both trying to sabotage each other, and blame them for all the problems.

In the argument, I couldn't follow Hans at all; something about "gutten-fricken-sparken-zippen Mihn acht-dumkopf. YOU DID IT!".

I lost it, as did a few others in attendance. I don't mock accents (which I enjoy) or speech impediments, but I was one of the few people that could understand Mihn at all in the company, and him criticizing another person's English skill, was just too much. He was pissed, Hans was pissed, and we were reaching critical mass. I stumbled onto how to insert the cooling rods.

I asked them both to just send me what they had and I'd look it over. I told them that since I was now responsible for the project, that both of them were off the hook, and I'd get all the blame. Plus I was a consultant, and we get paid to take blame. So worst case for them, was 6 months to a year for them sitting around, and the new guy would get the axe. They both got enough of that to like what they heard.

After that, the solution was easy. I threw it all away, and would rewrite everything myself. It was my ass on the line. After looking at what they were doing, I trusted none of it. Once they both realized they were going to get credit, and not take blame, and neither of them had to do any work, the team hummed like a charm. We got caught up, and beat our delivery (on our revised schedules).

The task was actually interesting. You have to write code to test only a few instructions, and then pass or fail based on those, then use those to test the memory, and then load more of the processor test and test more of the instructions and modes, and then test all the I/O, and so on. You just work your way up. Once I threw away Mihn's and Hans's code; I explored the prior systems code.

The last generations version was 20,000 lines of some of the ugliest, self modifying code (written by hardware engineers) -- but while they didn't know code flow or software design -- they did understand how to test each subsystem. So I just re-architected what they were doing, and fleshed out new instructions/modes and features and got it down to like 1/5th the size. Reverse engineering a microprocessors subsystems is a job only a turbo-nerd could love; I was in heaven.

At first I had put both of them on working on the documentation (because there were reams of it to do), while I looked at the code. But let's face it, their English skills were far below acceptable.

I learned something about resource management that many managers still don't get; different people have different skills. I'm still looking for what Hans and Mihns skills were, but I'm sure they had them. But the whole point that I couldn't just throw them on documentation because they were aerospace engineers was a real eye-opener for me. So in the end, I had to redo that too.

There's this whole fairy tale management theory that a good manager can manage anyone. Well, I wasn't a good manager: putting incompatible people together under a tight deadline, wasn't going to work (in the time frames allowed): once they didn't have to deal with each other, and only both dealt with me, things got better.

There is a saying by Harry S. Truman, "It is amazing what you can accomplish if you do not care who gets the credit". Or the counter to that, people act much more reasonable and try harder when they don't think they are going to get blamed. Either way, we delivered early - or at least less late than everyone else. Heck, even with one person out of three working, that seemed to make us one of the more productive teams.