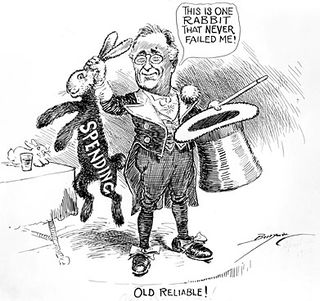 Anyone that warned against all this deficit spending and the long term costs of FDR were attacked as hate-mongers, callous conservatives, and shrill. But economists estimate if we'd done nothing, and stayed on prior growth trajectories, we'd be well over twice as well off as a nation (higher incomes and lower taxes, more liberties). Thank FDR for that loss in spending power and for that social insecurity.